As the new Samsung flip phone was leaked by SamMobile it can’t possibly be a joke, although the idea of bringing flip phones back to life does seem funny in comparison to our touch screen smartphones. The new model is called SM-W2016, probably because it will be released in 2016 and who know maybe it will be announced in February with the new Samsung Galaxy S7 series and along side images, specifications have also been leaked. 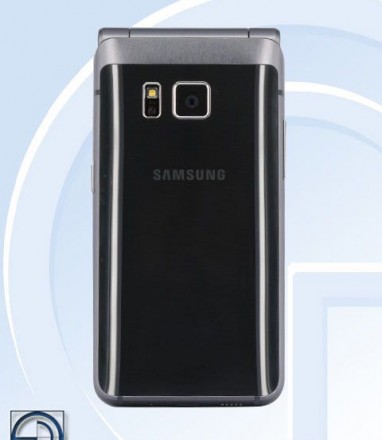 The Samsung flip phone will actually run on Android 5.1.1 Lollipop will have 2 screens on both sides of the opening top half and amazingly it will be powered by a 64-bit Octa-core processor with 3GB of RAM and 64GB of internal storage. Basically considering its performance it resembles a Samsung Galaxy S6 in a flip phone cover. As the images show the flip phone will have 2 cameras but there was no information leaked about their quality.

Nowadays finding a phone with actual buttons is pretty hard because everybody desires high-end touch screened devices leaving the old school mobile phone model behind. By bringing back the flip phone style I sincerely believe Samsung will have a big success.