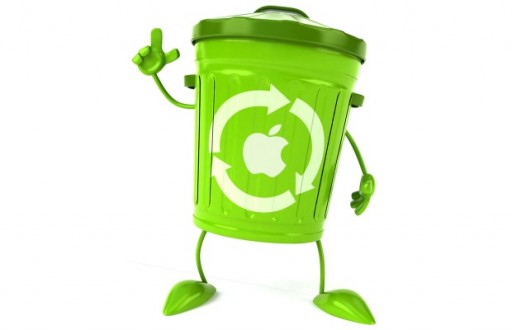 You’ve probably heard by now about Apple’s trade-in program in which you trade an old Apple product and receive a gift-card which can be used in any Apple store. Recently CEO Tim Cook stated that they are prepared to develop their trade-in program by expanding it to accept non-apple smartphones. According to 9to5Mac this new program should begin in the following weeks after retail store employees finish their extensive training programs.

If this program will be released, you’ll be able to go to any Apple retail store with your old Android smartphone and based on functionality and cosmetic condition, retail staff will offer you a trade-in value in the form of a gift card. Of course you might get better off by selling it on eBay or Amazon but apple has thought of that too. Employes will learn to transfer your address book contacts from an Android smartphones or Windows phones to an iPhone or iPad, feature that was not yet released. When it comes to moving your photos, music and documents there is a guide designed to help you transition them from Android smartphones to iPhones.

Even if Android and Windows smart phones are considered to be technically better than iPhones and also cheaper this is a very good marketing decision made by Apple. On mid 2013, the iPhone Reuse and Recycle trade-in program was launched, boosting sales on their upgraded models, a program that has rapidly extended. With this new project, Apple expects to increase their sales even more and to bring (brainwash) more people into the iPhone community.

Matt DavisAugust 25, 2020
Read More
Scroll for more
Tap
All developers will be able to use Google Now with new API
OnePlus One OxygenOS and Lollipop officially confirmed for release this month
wpDiscuz