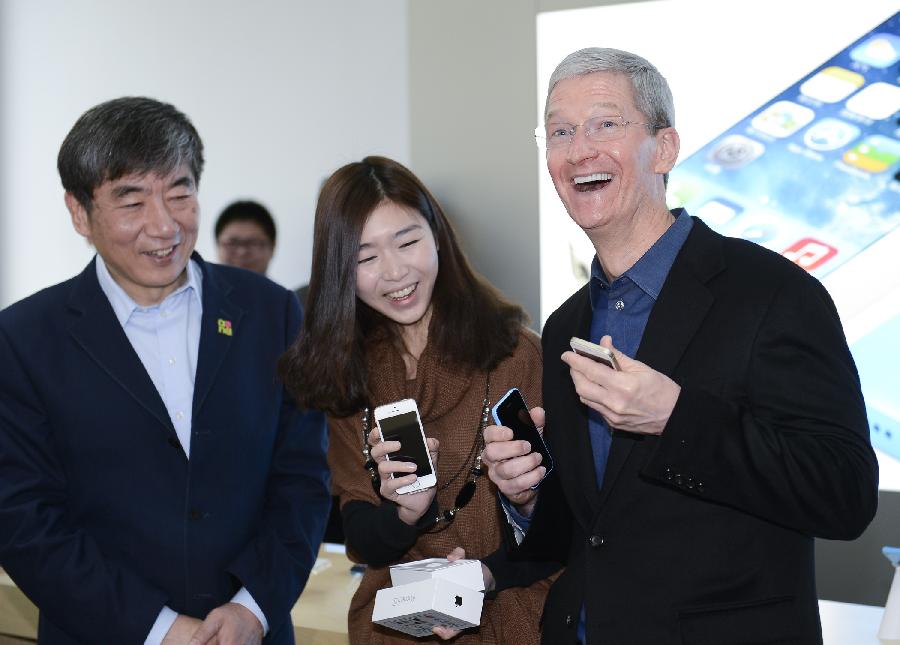 Apple’s Tim Cook, one of the most famous people on the planet right now, has decided that it would be appropriate to become part of China’s largest microblogging platform, Weibo and has signed up this weekend whilst on a trip to Beijing. The new Weibo account Tim Cook has created is fitting as Apple is currently planning on making China a more eco-friendly environment. Apple and Tim Cook have had enormous success with the Apple Watch in the past few months and as such, the company has decided to bring their renewable energy projects to China.

Apple and Tim Cook have announced that they would be bringing renewable, eco-friendly technology to China in the form of their own factories. More like setting an example, as Apple usually does when it comes to productivity and market approach. Immediately after the creation of Tim Cook’s Weibo account, there were already more than 300k followers and Tim Cook had already hinted at the new renewable energy announcements that he would be making in Beijing in hist first post.

China is to be a more Apple-friendly country in the future, as Apple has already opened 21 stores and has announced another 19 for the year, which demonstrates how much the popularity of Apple has frown over the past few months thanks to the iPhone 6 Plus and the Apple Watch. Today, Tim Cook and Apple have announced new projects in collaboration with the World Wildlife Fund aiming at protecting the forests of China. The attempt to bring renewable energy to China in a more media-friendly way is the way through which Apple wants to become more and more acquainted with Chinese consumers, not to mention popularize their renewable energy endeavors.

Apple is already a big part of renewable energy promotion in Europe and in the United States, so the move to China doesn’t come as a surprise. The new forestland program that was announced today will provide China with raw materials such as paper, wood and pulp all the while protecting close to 1 million acres of forestland. Tim Cook seems to be focused on making the world a more eco-friendly place and has hinted at future projects in China that would further their goals. According to Tim Cook, Apple has set “an example by greening our data centers, retail stores and corporate offices, and we’re ready to start leading the way toward reducing carbon emissions from manufacturing. This won’t happen overnight, in fact it will take years, but it’s important work that has to happen and Apple is in a unique position to take the initiative towards this ambitious goal. It is a responsibility we accept.”

Tim Cook aims to prove to consumers that they can trust the company to be as eco=friendly as possible and to raise awareness about the importance of our finite resources, as well as the pollution that is overtaking entire cities across the globe. They want to give back to the environment and fans of the company seem to be taking the new initiative well. Environmentally-concerned Apple fans are definitely delighted to hear about the new forestland project in China and many people are hoping that other major companies like Samsung, LG and Microsoft will follow in the footsteps of Apple and promote renewable energy while promoting their own products as well.

Zach RileyNovember 5, 2022
Read More
Scroll for more
Tap
Graphene allows spiders to spin webs of unprecedented strength
NASA Unveils Plans for the Next Two Decades with the Drafting of the 2015 Technology Roadmaps