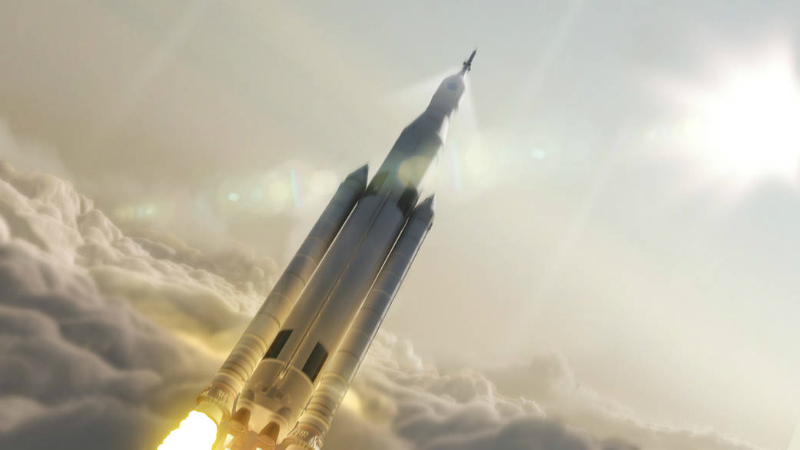 Space exploration is one of the main forces behind many of our technological advancements. Going farther and faster into the most hostile place imaginable, building huge, yet extremely sensitive things in that environment – all of these require a great degree of innovation. Not only is this awesome in and of itself, but some of these breakthroughs often materialize into great technologies and gadgets here on Earth – NASA’s Spinoff program is great example of this. So when NASA announces its plans for the next two decades, it is at least worth a closer look.

Back in 2010, the agency developed a series of 14 Technology Roadmaps as a guide to the development of space technologies. Now NASA is unveiling a draft of the 2015 Technology Roadmaps, which build upon the original 2012 documents and provide not only an outline of the agency’s plans and objectives for the foreseeable future, but also describe them in extensive detail.

There are now 15 Technology Area (TA) roadmaps, ranging from launch propulsion systems, to robotics and autonomous systems, to nanotechnology, to aeronautics. A lot of it is, of course, related to improving current technologies, and not necessarily the development of new, sci-fi capabilities. The lack of plans to develop a warp drive (no matter what you might have heard on the news) was particularly disappointing. But in addition to exciting ideas like improvements in nanomaterials, quantum cryptography, nuclear fission, and even fusion, NASA also intends to work on exotic new propulsion means, like antimatter-based systems. Admittedly, antimatter propulsion is such a long way away, it’s surprising NASA even mentioned it, as there’s currently no means of harvesting the stuff and no real idea of how such a system would operate, but this does signal something important: we’re in for some really long trips through space in the next couple of decades. 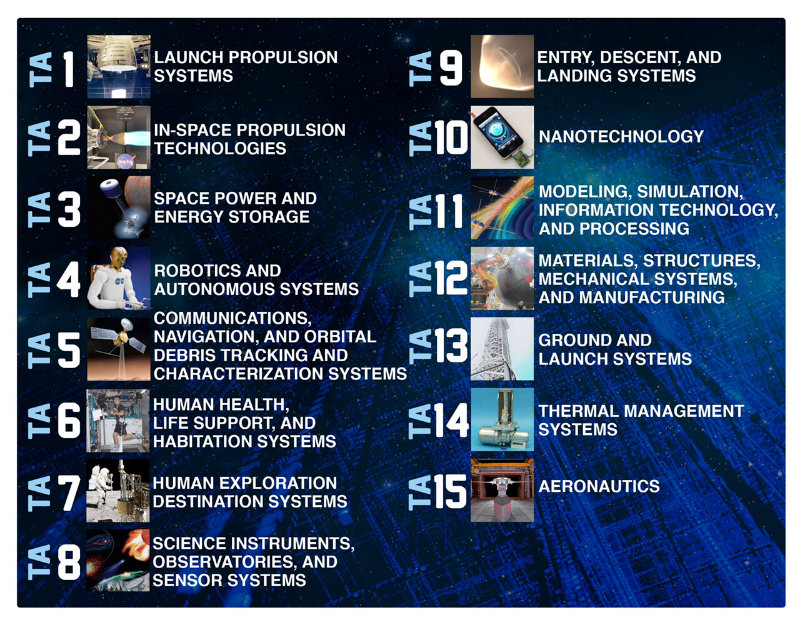 A full list of NASA’s 2015 Technology Roadmaps, outlining the agency’s plans for the foreseeable future in all areas related to space science, exploration, and travel. Image: NASA

Probably the most important thing to take away from this is the fact that NASA wants to return to the Moon, but is also planning manned missions to asteroids and even Mars! It’s going to be a great couple of decades for science and space exploration, with NASA, as usual, at the forefront.