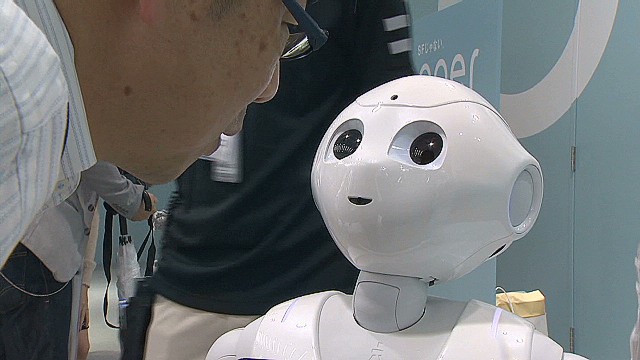 Japan is well known for a number of things including anime, weird TV commercials, and of course, robots. While the western part of the world keeps pouring in movies featuring humanoid machines on a yearly basis, the country of the rising sun concerns itself less with such endeavors and more with actually bringing these machines into the real world. The Robot Revolution Initiative is Japan’s latest effort at bringing this goal even closer. Despite being called Robot Revolution, the initiative will not be creating an army of Terminators or any other killer robots, but rather, the plan is to introduce machines to a much wider range of fields from the private sector.

The Japanese government itself kickstarted the Robot Revolution Initiative last Friday and believes that it’s likely to gain real momentum by the year 2020. In order to prove that these aren’t just empty words hidden behind a fancy name, Prime Minister Shinzo Abe vowed to expand the robot market in the near future by pouring a considerable amount of money into the project. We’re talking some 2.4 trillion Japanese Yen, or the equivalent of about $20 billion. The government is currently allocating about 600 billion Yen ($5.34 billion) into robotics, which is apparently enough to keep Japan in the lead when it comes to researching and building robots. Will a budget almost four times as big be enough to usher a new machine age with the help of the Robot Revolution Initiative? Well, a plethora of highly respected companies certainly seem to think so.

Tech giants Toyota, Honda, Panasonic and about 200 other big Japanese companies are already on board and have pledged their support to this initiative. Japan believes that a robot revolution might be the best way to help the country’s economy grow exponentially in the coming years. If history taught us anything is that advancing our understanding of science and technology usually comes with great economic benefits. In other words, Japan is definitely on to something here and will likely become an even greater world power thanks to this plan. We’re not sure if the Robot Revolution Initiative also includes researching advanced artificial intelligence, but if it does, we may see a wave of fear coming from the general public in the near future as that’s one type of technology that most people doesn’t seem to embrace just yet.