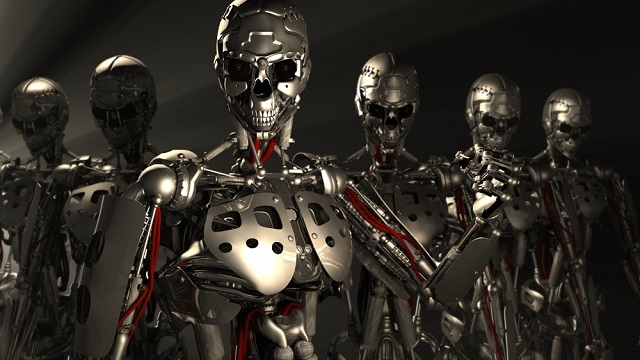 The controversy surrounding artificial intelligence isn’t going anywhere it seems. In fact, things are heating up yet again due to an open letter recently published by the Future of Life Institute (FLI), which warns against using autonomous weaponry on the battlefield. The letter was written by some of the world’s top AI researchers and paints a pretty grim picture for the future of humanity should major military powers choose to ignore it. Having advanced artificial intelligence among us is already a pretty unsettling thought for many, but using it to wage war is downright scary. Not to mention very ill-advised.

An argument against the use of artificial intelligence on the battlefield is that doing so would likely spark another arms race between rivaling nations. Unlike the nuclear arms race, however, this one could be even worse since producing and maintaining autonomous weapons is cheaper that producing nukes, which means that many countries could potentially try to get in on the action. The letter also talks about the fact that artificial intelligence might eventually end up on the black market if mass produced, allowing shady groups to use it for “assassinations, destabilizing nations, subduing populations and selectively killing a particular ethnic group.”

“Just as most chemists and biologists have no interest in building chemical or biological weapons, most AI researchers have no interest in building AI weapons — and do not want others to tarnish their field by doing so, potentially creating a major public backlash against AI that curtails its future societal benefits. Indeed, chemists and biologists have broadly supported international agreements that have successfully prohibited chemical and biological weapons, just as most physicists supported the treaties banning space-based nuclear weapons and blinding laser weapons.”

Among the people who have already signed and endorsed the letter we find a few high-profile figures that have already spoken against the potential dangers of artificial intelligence on more than one occasion in the past. These people include theoretical physicist Stephen Hawking, Tesla and SpaceX CEO Elon Musk and Apple co-founder Steve Wozniak, to name just a few. All three of them have signed another Future of Life Institute open letter earlier this year, which was also related to artificial intelligence and how it could pose a threat to humanity some day.