The Future of StoryTelling features drawing in Virtual Reality (Video) 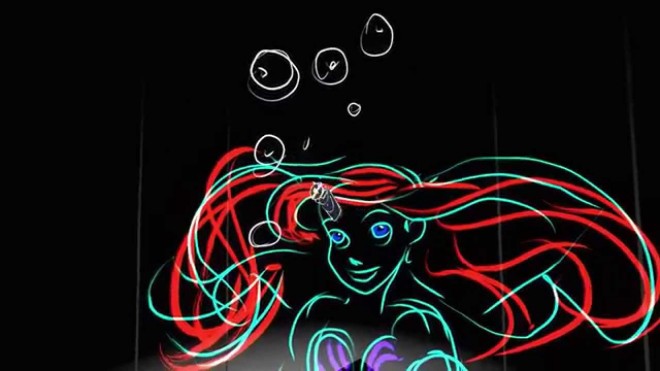 The Future of StoryTelling features drawing in Virtual Reality (Video)

Animator Glen Keane, the creator of Disney characters like Aladdin, The Little Mermaid and Beauty and the Beast, prepared a promotional video for what he’s going to present at the upcoming Future of StoryTelling festival. Keane worked for Disney for 38 years and left in 2012 to start working on various projects that included a series of animated shorts made in collaboration with Google’s Advanced Technology and Projects Group. He is a traditional practitioner of animations with a lot of experience in art and storytelling, but he is still open-minded to the idea of drawing in virtual reality.

In the promotional teaser Keane demonstrates how to transform a 2-dimensional character into a real life size 3-dimensional one. By using HTV Vive VR headset and the new Tilt Brush app, Keane enters virtual reality, “steps into the paper” and starts drawing a new version of Ariel. Although the use of virtual reality in art and storytelling is still being explored it looks like it might be one of the highlights of the upcoming festival. The artist considers this new form of art a type of sculptural drawing which gives a wider approach of expressing his imagination. By not being limited by a piece of paper more freedom of expression is allowed in virtual reality.

The future of StoryTelling festival is being held between 7 and 8 October in New York City and brings together influential people from the world of media, technology and communication to actively discuss about how storytelling changes in the digital world. Glen Keane was invited to present how drawing in virtual reality might change the future of storytelling.