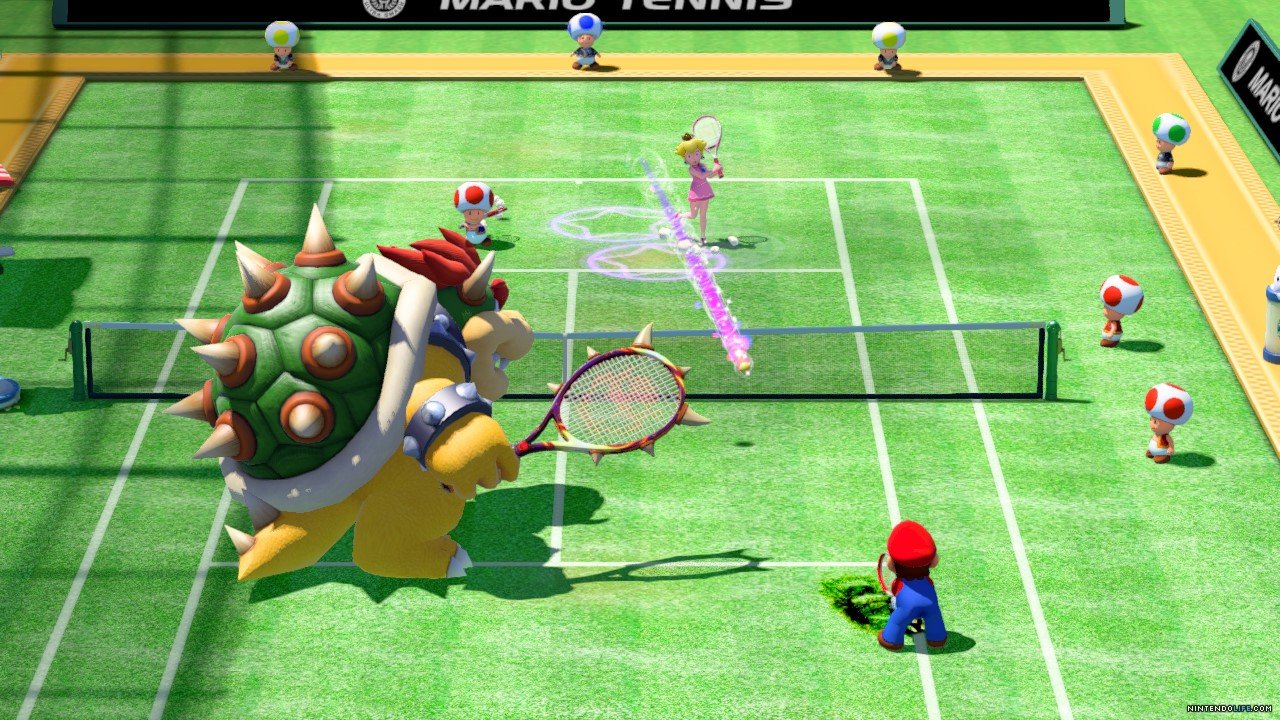 Super Mario Tennis Ultra Smash is the seventh installment in the Mario Tennis series, being available for Wii U owners in North America since November 20th, 2015. Since the game has only been out for one full day the big question you Wii U owners out there are asking is:Is it worth buying? Dig into this article and you can decide for yourself.

To start off, Ultra Smash retains several key elements from predecessor games Mario Tennis Open and Mario Power Tennis and plays similar to all of the Mario Tennis games. The game does have two new features, Mega Battles, and Jump Shots. The game is very fast paced and crisp, and can be played with friends so you don’t have to worry about being bored with the AI players after an extended period of time.

The controls are button based, and I have some mixed feelings about them; while I prefer playing button-based Tennis games, I was very shocked that Nintendo decided not to add the option to allow players to play with motion controls, or a controller, they just made that decision for us. You can use your Wii remote to play but don’t expect to use your arm to make a slap shot motion while you’re playing as you can only use buttons to play.

While Super Mario Tennis Ultra Smash is fun and enjoyable it is unfortunately flawed in many ways. First off, there is no story so for those out there who are buying this game to be plot driven, the story is nonexistent, for those who play Power Tennis you will all know that there was a plot to the game, although it wasn’t over the top it still had some sort of storyline substance, and although Mario Tennis Open did not have any story either, I felt that this game deserved a story even if it wasn’t long or elaborate.

Super Mario Tennis Ultra Smash also lacks emotion in their characters, no trophy or win celebrations, and characters have the same opening animation, which  shows the lack of  diversity in the game. The music selection is so minimal that after three hours you’ll get tired of it. The fact that there are only 5 game modes you can play, which are Mega Ball, Mega Ball Rally, Knockout Challenge, and Classic Tennis only makes things worse. If you’re wondering where the mini games are, the only mini-game available in Tennis Ultra Smash is “Mega Ball Rally”. The object of the mini game is you play a double match, the more the ball is hit back and forth it decreases in size and speed, while getting the high score and not missing the ball, the AI’s are extremely difficult to beat if your personal goal is to get a high score making this mode only enjoyable with another player.

The best mode in the game is Mega Ball where you play a match and a Toad will randomly throw a Mega Mushroom onto the tennis court. If players run into them, they grow the characters to give them an advantage in offense and defense. However, in doubles’ play, only one player of each side can grow large at a time. Players can play against the CPU or with up to four players, but the Mega Mushrooms are deployed too frequently and only for four turns per match, so they are of very little help, still managing to make or break the game in the end.

The Mega Mushroom can be turned off in Ultra Smash Classic mode, however in Knockout mode it stays activated whether you like it or not. Knockout mode and online play are the only modes where players can use their Amiibos, mind you. I did enjoy the variety that the game features in terms of how many Amiibos you can play with so if you choose to play with an Amiibo you will have the upper hand. Knockout mode will only have you face one opponent at a time and with the Amiibo it will be a 2v1 match. After five matches your Amiibo gets a new rank/skill so that’s a plus for Tennis Ultra Smash. There is a problem in Knockout mode though, the difficulty increasing after each match, so it gets pretty frustrating to play harder opponents with your Amiibos if you haven’t had time to train them. In this case they kind of get in the way, and it’s not like a small problem it’s like Sheva’s AI in Resident Evil 5 getting in the way almost 85 percent of the time! But if you’re really invested in training your Amiibos then you will reap the rewards and you can use them to play online when you feel they are ready to battle other players around the world.

The way the coins are used in Tennis Ultra Smash currency is a waste  though, using the coins to buy new stages, characters, or new difficulty levels, and considering the fact the challenges you need to do to unlock these things are very hard to begin with the coins were just a waste in the game, it would have been more useful if you could use these coins to buy new outfits or rackets for your players, in my opinion. Now the courts you unlock are pretty interesting. One court changes the direction your ball goes completely, another one changes the base of the court switching from a normal court to a sand court. now The downside to the settings of Ultra Smash matches is that while the courts are fun to use, the background is bland, and by bland they all look the same the only difference is the color of the court or what the court’s feature is, the background is located in the same stadium throughout the whole game so don’t expect to see  Luigi’s Mansion, DK Jungle theme court.