Last Saturday, on a cold afternoon at Yale University dozens of volunteers where busy digging into the internet to preserve Earth Science Research, Census data and other data they say is at risk of disappearing.

“We are not trying to break anything, to break any laws or break into any systems, we are just using a sorta programming and web skills that we already have to get the data that is very hard to do manually” said  Joshua Dull (Data Rescue Co-Organizer at Yale University) to Reuters.

These so called hackers are a loosely formed group of librarians, students, alchemists and computer programmers are joining a what’s been calling a grasp roots movement across the country.
To save government digital records they say, could vanish under president Trump. 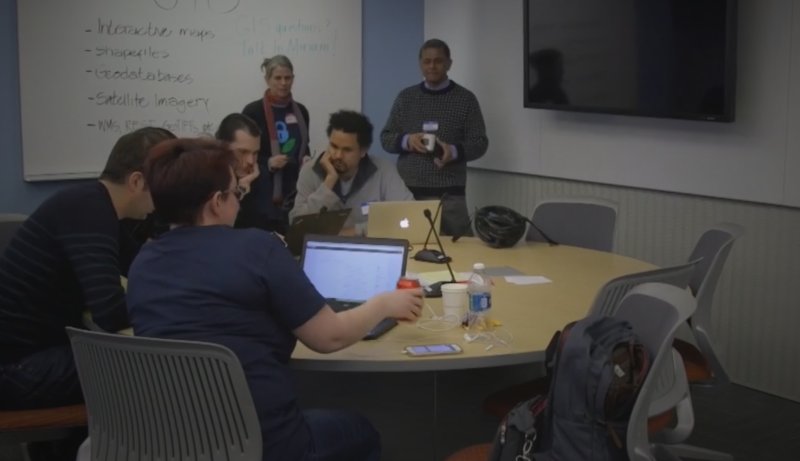 It’s hard to say if anything has been lost yet, but organizers say they are not taking any chances.

Monika Lehman (volunteer) sais “I think people are treating this project like kinda just let’s save everything, cause you never know what’s gonna happen to it anyway.

What sounds like an epic task to protect online records actually started in the 90’s with the dawn of the internet, but that effort is accelerating at rapid pace in recent months as the new administration takes control of the wast political bureaucracy.

Data rescuers fear broken links and code could make federal records un-searchable.Even with an existing government data catalog like data.gov organizers worry it can be shut down at any time with no backup. To ensure safe keeping coders and researchers at Yale University are sending out important data to secure sites like the Internet Archive and the Data Refuge.

While organizers say they don’t think the government digital will disappear over night, they are doing what they can to make sure they know where to find them.

Andrew DoughtyDecember 5, 2018
Read More
Disney Has Plans to Bring Robots and Intelligent AI to Their Parks
Autonomous Delivery Robots Will Make Their Debut In Virginia