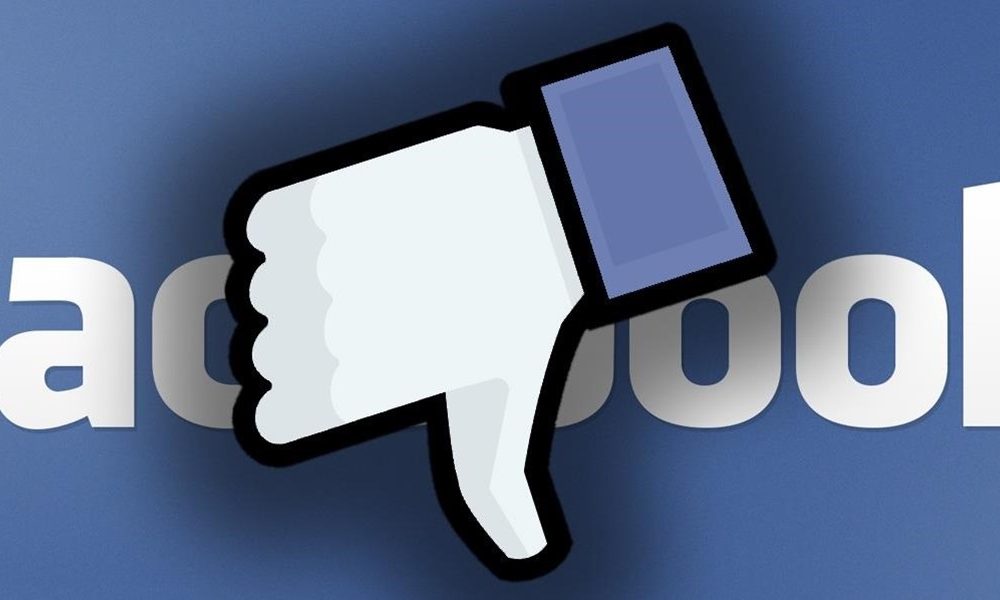 There is quite a ruckus regarding Facebook going on at this moment. On Friday, Facebook announced that it had suspended Cambridge Analytica for violating its Terms of Service by sharing millions of users’ data without their consent.

Basically this was a data breach that has defied expectations and, of course, users aren’t happy. By noon ET on Monday, the company’s stock fell by a whopping 7%, being the most that Facebook has ever fallen in stock value, as seen below: 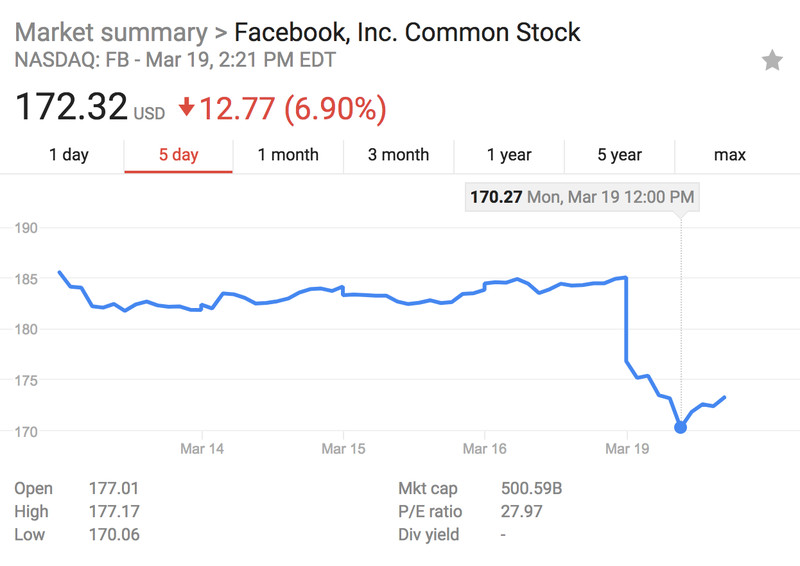 According to Bloomberg, this loss was paired with that of other online companies as well. The fall was also taken by companies like Amazon.com Inc., Netflix Inc. and Google parent Alphabet Inc., with Facebook being the biggest loser in this regard.

Some of the people who know about this data breach are going to unsurprisingly recognize this brand. Cambridge Analytica is the data analytics firm that worked with Donald Trump’s election team and the winning Brexit campaign.

The company harvested millions of Facebook profiles of US voters, in one of the tech giant’s biggest ever data breaches, and used them to build a powerful software program to predict and influence choices at the ballot box.

The app in question is called “thisisyourdigitallife” and was created in 2015 thanks to an initiative led by Christopher Wylie. The company had to gather data on people’s political orientations and other personal details.

However, since they didn’t have any easier access through other means. They opted for harvesting Facebook profiles instead. Meaning that Facebook could’ve had a bigger impact on the 2016’s election than initially thought.

Facebook is no stranger to controversy, in the end, they have already been in the middle of scandals left and right. Let’s not forget about the political ads that were backed up the Russian Government for example.

I’m going to be honest, this data breach is going to be the least of our concerns. The bigger issue is Facebook’s possible impact on the US elections from now on. Especially considering how they basically helped Mr. Trump in his election. 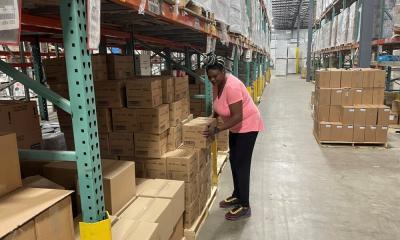