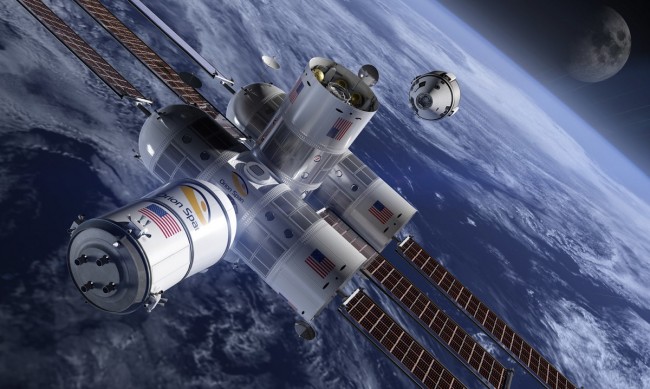 Living in space has been the dream of a lot of people. Some just really want to see what wonders the Final Frontier has to behold. As such, the moment we get updates about life in space, a lot of people’s heads tend to turn and some eyebrows rise.

This time, we’re going to see the first ever luxury space hotel which was introduced during the Space 2.0 Summit in San Jose, California. The Aurora Station is being developed by Orion Span and a group of space industry veterans.

The exclusive hotel will host six people at a time – including two crew members. Space travelers will enjoy a completely authentic, once-in-a-lifetime astronaut experience with extraordinary adventure during their 12-day journey, starting at $9.5 million USD per person.

Yeah, I forgot to say that the price is a little bit high for a lot of people, this is a luxury hotel, after all. And hey, right now those who read this article and have the money to fork over the experience, deposits are now being accepted for a future stay in the station.

The Station aims to launch in late 2021, with the capability to host its first guests the year after that. Those who can spare the coin have to pay up $80,000 USD per person online which is fully refundable.

So, users who are going to stay at the Aurora Station will have the absolutely incredible experience of living in a zero-gravity environment. Not only that but they can also be part of the experiments going on in the station such as growing food while in orbit.

Now, considering I am scared of Space because games like Dead Space have told me that it’s bad. I’d rather stay on the floor for a while longer. However, those interested into their own space experience can go and make their reservations here.