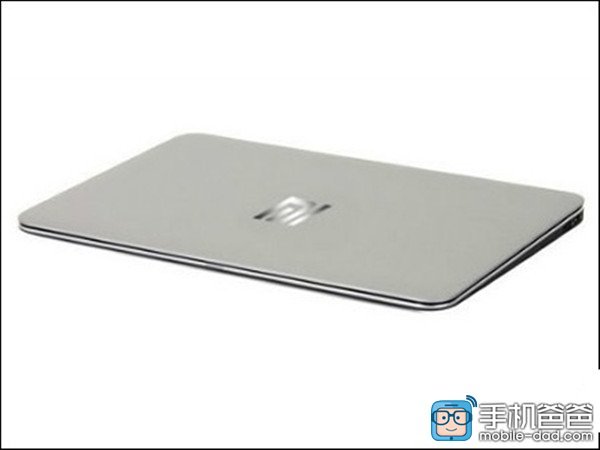 Huawei has surpassed Xiaomi as the most popular smartphone manufacturer in Asia, but Xiaomi remains a force to reckon with in the area. News of a Xiaomi notebook that is supposed to be launched in 2016 has intensified interest in the company. This is going to be the first Xiaomi notebook on the market and fans of the company are very curious to see how the new device will look like and what features it will boast with. Mobile Dad, a Chinese news website, has obtained the first leaked image of the Xiaomi Notebook and it does look a bit like the MacBook.

The notebook seems to have a metal unibody and a thin, lightweight construction. It looks like an ultra portable device made with Apple fans in mind. Xiaomi designs have often reflected Apple inspiration, so the leaked notebook has a shot at being genuine.

While the image of the Xiaomi Notebook looks pretty legit, I suggest we take it with a grain of salt, since Xiaomi has not yet officially confirmed their new device. Regardless, a lot of information has been leaked about the device. The Xiaomi Notebook release date isn’t set in stone, but industry insiders have spilled the beans on social media that the device would enter mass production in January 2016. Since it’s a pretty big device with a complicated setup, the product should be ready for release by Summer or early Autumn.

Xiaomi Notebook specs were also leaked, and we found out that the laptop will be available in two different variants. There will be a smaller, 12.5-inch model and a larger 13.3-inch model. Internal specs haven’t been revealed, but based on the leaked image and the information from the hardware suppliers only details that Xiaomi ordered a total of 750,000 notebooks to be made next year.

Price and availability have not yet been confirmed, but our insiders tell us that the Chinese company is going for a mid-range configuration. They also told us that we should expect the price of the device to be on the very affordable side, even though the notebook will be competing against Apple’s MacBooks. While it won’t compete with OS and performance, it will compete with design.

According to shipment invoices, memos and internal communication that was leaked online, the Xiaomi Notebook design team will focus on making the laptop lighter and thinner than current MacBooks and even Microsoft Surface devices. The lowest price point for the laptop is supposed to be $350 for the 12.5-inch model. We’re not entirely sure if this device will feature a touchscreen, but it might.

Although there’s little to be known about the Xiaomi Notebook, we’re already excited. Xiaomi has an excellent track record with consumer electronics, pricing them affordably while still offering premium build quality and top-notch performance. If Xiaomi takes everything it has learned from its omnipresence in the smartphone market and applies it to the Xiaomi Notebook, we might have to look forward to one of the most affordable and most high-quality laptops. We’ll have to wait until next year to find out, though.