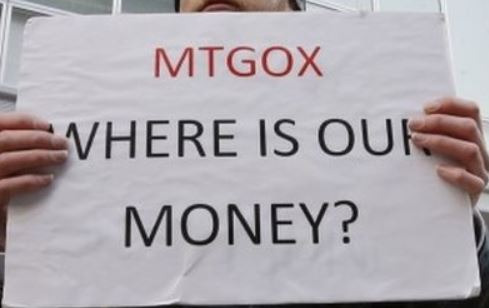 Mark Karpeles, the former CEO of now-defunct bitcoin exchange Mt. Gox, had his first day in court yesterday. The trial is in Tokyo where Mt. Gox had its headquarters. Mr. Karpeles filed a plea of ‘not guilty’ to charges of fraud, embezzlement, and data manipulation.

Up until early 2014, Mt. Gox handled 80% of the world’s bitcoin trades. However, in February 2014, the company filed for bankruptcy and closed business. The company admitted that it had lost $28 million in cash from its bank accounts and 850,000 bitcoins. The bitcoins were valued at $500 million at the time, and comprised about 7% of all bitcoins. A month after closing (March 2014), the company said that it had found 200,000 bitcoins. Apparently, the bitcoins were sitting idle in an offline digital wallet the company had not used for some time. An audit performed following the bankruptcy announcement located these bitcoins, otherwise they would have remained missing.

The company said that hackers stole the money by exploiting a security flaw in the bitcoin software. However, the authorities disagree, arresting Mr. Karpeles in August 2015 and he posted bail in 2016. The prosecution says the evidence shows Mr. Karpeles used Mt. Gox’s computer system to increase his personal account at the company with $1 million. Also, he allegedly transferred $3 million from a company account holding customer money to one of his personal accounts in late September 2013.

When Mt. Gox filed for bankruptcy, creditors announced a loss of $2.4 trillion and demanded compensation. The trustee managing the bankruptcy could only locate $91 million in assets, though the company claimed assets in excess of $500 million. Creditors have received only $5.5 million to date after the deduction of legal and accounting costs.

If found guilty, Mr. Karpeles faces up to five years in jail or a fine up to $4,000. Considering the effects of the lost cash and bitcoins, the potential punishment seems light. Prison is horrible, but the maximum fine is small, and an “either prison or fine” punishment is not justice. The fine is a pittance compared to the many people who lost much more. Many of the affected people are beyond believing that they will ever recover any money, now they just want answers.

This event did push the Japanese government to enact laws regulating cryptocurrency exchanges. In fact, Japan was the first country to implement laws at the national level. One of the most important parts of the legislation requires that traders and exchanges retain a separation between company and customers’ cryptocurrency accounts.

This is an interesting trial, and the reaction by governments at the conclusion will surely reflect their demeanors towards cryptocurrency regulation and sanctions.