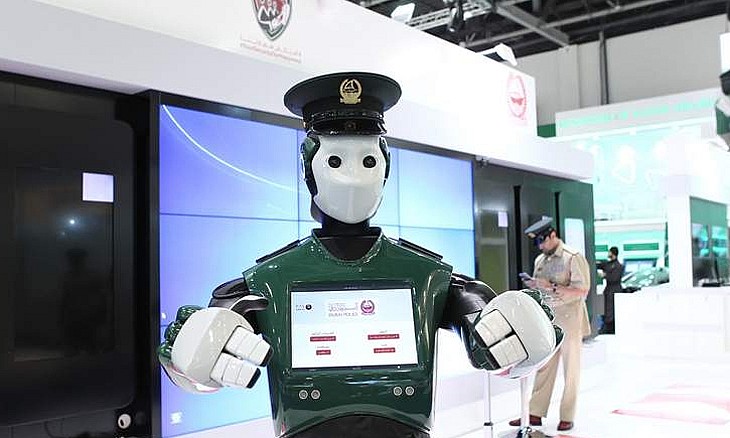 Dubai is associated with many facets of modern society, including cars, fashion, and architecture. But, the city has just added Robocop, or should I say Robocops, to that list.

According to the Khaleej Times, the first of a series of autonomous robotic policemen, dubbed Robocops, was introduced during the 4th Gulf Information Security Expo and Conference (GISEC). However, the robot was not shown off in the way you might expect. Instead of being displayed in a booth, Robocop greeted people as they entered the expo in the Dubai World Trade Centre (DWTC). Furthermore, this robot isn’t a prototype; it’s an official member of Dubai’s police force.

Robocop, while only five and a half feet tall, weighs a hefty two hundred and twenty pounds and can recognize many gestures, hand signals, and facial expressions. The robot is capable of examining a person’s mood and changing its greetings to suit the situation. But Robocop can do more than just recognize different social cues; it can also identify wanted criminals thanks to facial recognition and a connection to the Internet. Furthermore, Robocop can communicate in six languages (including Arabic and English) answer questions, shake hands, and perform a military salute. Brigadier Khalid Nasser Al Razzouqi, Director of Smart Services at Dubai Police, explained, “With an aim to assist and help people in the malls or on the streets, the Robocop is the latest smart addition to the force and has been designed to help us fight crime, keep the city safe and improve happiness levels.” He went on to explain, “The launch of the world’s first operational Robocop is a significant milestone for the emirate and a step towards realising Dubai’s vision to be a global leader in smart cities technology adoption.”

Dubai’s Robocop is primarily designed for patrolling and reporting crimes, similar to Knightscope’s K5 robots. However, given that Robocop can tirelessly patrol areas — at least until it needs to recharge — Bin Sultan’s plan to make Dubai one of the safest cities in the world might become a reality. 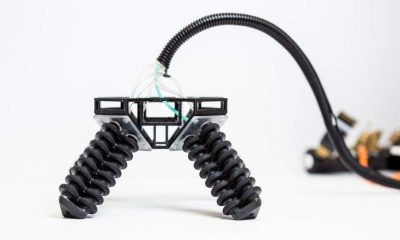