Mars, the red planet, travel to Mars has long been a trope of science fiction and Boeing’s latest announcement will bring us one step closer to finally setting foot there. This week Boeing has unveiled their Deep Space Gateway and Deep Space Transport vehicle. Which they believe could help NASA achieve their goal of having “robust human space exploration from the Moon to Mars”.

Boeing want the Deep Space Gateway to act as a way point for long missions. A place where astronauts could gather equipment, supplies and recuperate before going on the next leg of their journey using the Deep Space Transport. This transport would then take the crew and their equipment to Mars where landers would be deployed to gather data, before making the return-leg of the journey. The space-craft would be fully re-usable and powered by the Solar Electric Propulsion (SEP) system. This drive utilizes solar energy in order to propel a ship forward, potentially needing ten times less propellant than a comparable, conventional chemical propulsion system.

NASA’s Space Launch System (SLS) that Boeing is helping to develop would be used to get the Deep Space Gateway into orbit. Boeing’s Pete McGrath believes that by using the capacity provided by the SLS they could have the Gateway in place by early 2020.

Boeing’s solution would go a long way to solving one of the major conundrums of space travel. How to cheaply and efficiently get the necessary resources where they need to go. NASA and other space agencies would theoretically be able to send up a number of supply launches prior to a major mission and store them at the Deep Space Gateway, allowing them to reduce overall costs. When combined with other efforts, this could help lead to affordable space exploration.

This is a big step forward and will undoubtedly help to build confidence that we can safely conduct long-term deep space exploration missions using manned space-craft. We could very well be witnessing the beginning of a new era of space exploration. 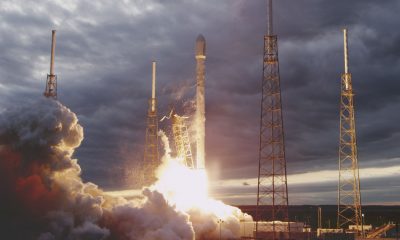