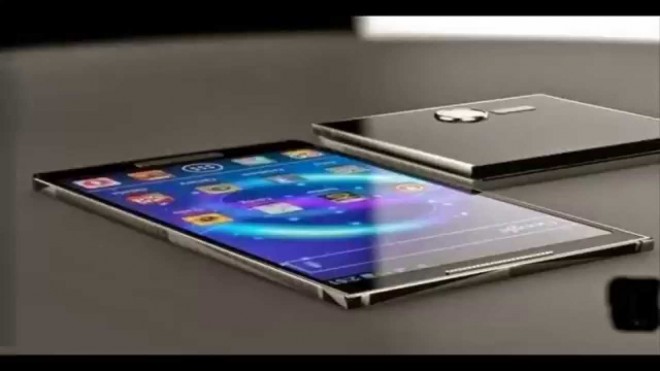 Rumors say that the Galaxy Note 5 will directly compete with the LG G Flex, G Flex 2 and the next G Flex 3 (if that will be launched next year), as the South Korean company will embrace flexibility and durability with the new model. Although most people are curious about durability and endurance, there are still many wondering about the software experience that Samsung will offer and the new S Pen that will be featured with the Galaxy Note 5. Still, having a Samsung phablet with a flexible and durable body might spell enormous success for the South Korean company.

The problem with the LG G Flex 2 was the bad reputation of the Snapdragon 810 and its overheating problems, as well as its slightly higher price, which is not customary to LG. LG usually makes their phones more affordable than its competitors, which was not entirely the case with the Flex lineup. Although the increase in pricing is understandable, seeing as there are many more challenges involved when making a flexible, bendable, self-healing, durable smartphone, price should not be a main concern for Samsung when it comes to the Galaxy Note 5.

Samsung fans are accustomed to the higher price point that the company sets for its smartphones, whether they are flagships or not (see the $400 Galaxy Alpha mid-ranger). As such, anything Samsung does with the Galaxy Note 5 should be ok with users, as long as the phone doesn’t go over the $1000 mark for the standard version. Judging by various news reports and leaks coming in from all around the world, the Galaxy Note 5 will be the new flexible smartphone of the year, taking design elements from LG, as well as from its own curved Samsung Galaxy Round smartphone (which was less popular than expected).

Demand for flexible phones is tough to pinpoint, which is where the company needs to focus its attention on when engineering the Galaxy Note 5. Unless the Galaxy Note 5 shows that there’s an inherent need for durable, flexible and waterproof features in a phone built for productivity, the phablet might have a good chance at flopping. Rumors say a new self-healing technology, as well as a more flexible and bendable chassis, will be used in the Galaxy Note 5 design, introducing new design elements reminiscent of Motorola’s Droid Turbo, which was launched last year. The S Pen stylus of the Galaxy Note 5 will also have a new, more ergonomic design and our sources tell us it will be retractable, as well as usable with other devices (like tablets and convertibles).

According to various reports, although unconfirmed, the Galaxy Note 5 will benefit from a new design, involving metal and kevlar, in the spirit of durability that was embraced by Motorola with the Droid Turbo last year. At the same time, there are rumors of the smartphone being water- and dust-proof, which would attract the audience Samsung lost when it dropped waterproof certification on the Galaxy  S6. Moreover, the South Korean smartphone giant will improve the software experience for a more active lifestyle, incorporating new uses for the S Pen and new quick functions and gestures that those who are always in a hurry can make use of easily.

When it comes to Galaxy Note 5 specs, we can’t say anything for sure, but sources say Samsung is working on a new Exynos chipset and will incorporate 4 GB RAM into the phablet. The screen will remain at 5.7 inches, as most people thought that anything above that is bordering unusable and annoying. The camera will be upgraded to 21 MP on the rear and will feature optical image stabilization and laser autofocus. The front camera will measure 8 MP and it will have a flash incorporated. The battery size will also be bumped up to about 4000 mAh, and the Galaxy Note 5 will also benefit from 4K resolution. A fingerprint- and heart rate sensor will be included, but this time, people are saying both of them will be located on the back of the phone. That’s because the new flexible design will allow the Galaxy Note 5 to bend at the bottom as well, and placement of the fingerprint sensor would be better on the rear.

Whether any of this is true is uncertain and we will only find out when Samsung comes clean about what its plans for the Galaxy Note 5 are. Nonetheless, if the shock-, dust-,water-, damage- and drop proof features are definitely the highlights of the smartphone, as is the new flexible design and the improved productivity and speed features. Although unconfirmed, most of this information seems plausible and comes from sources claiming to be company insiders and close to the Galaxy Note 5 development process. Take everything with a grain of salt nonetheless!