London Attacks – What we know so far 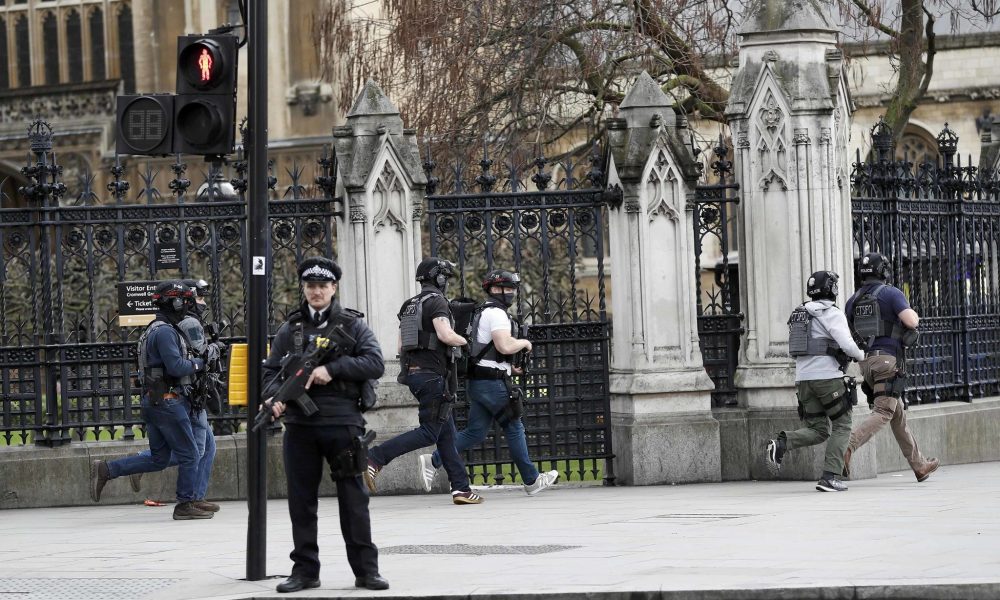 London Attacks – What we know so far

Tragedy stuck London today when a lone assailant attacked police outside of Westminster in a brutal act of terrorism that has left at least four dead and twenty wounded. The dead include a police officer and the individual who is believed to be the assailant. While the Metropolitan police have locked down the area around Westminster they say that they are confident that the suspect acted alone.

Details of exactly what happened are still hazy but a picture of events is beginning to take form. At approximately 14:40 GMT on Wednesday the assailant injured a number of people as he drove his car into at least five pedestrians on Westminster Bridge. He then crashed into a fence outside of Westminster. From there he attempted to gain entry to parliament where he was confronted by two policemen, one of whom he stabbed repeatedly. The other ran to get assistance. At this point the alleged-assailant attempted to use the MPs entrance, ignoring the shouted warnings of two plain-clothes police officers who were forced to fire upon him, killing the suspect.

During an interview with the BBC on Wednesday professor John Gearson stated that he believed the attacks bore similarities to recent acts of terrorism in France, Germany, Isreal and Canada. He implied that the attack may have been inspired by previous Daesh attacks although he did not go so far as to directly state that Daesh is responsible.

Parliament was put into lock-down shortly after the attack. Prime Minister Theresa May is to chair an emergency COBRA meeting on Wednesday night. Tributes have poured in from all over the globe. The USA, France and Germany have all expressed their solidarity with London and Great Britain. Tel Aviv has lit up and the lights on the Eiffel tower will be turned off midnight following the attack in a show of support and solidarity.

The British Government has expressed defiance in the face  of the violence. The Home Secretary Amber Rudd expressed that the British people were “united in working together to defeat those who would harm our shared values. Values of democracy, tolerance and the rule of law.”. Sadiq Khan, the Mayor of London has vowed that “Londoners will never be cowed by terrorism.The British Prime Minister Theresa May stated that any attempt to erode British values through force will be unsuccessful and confirmed that parliament will be open as usual tomorrow.

As of publication the London Met has not released any information as to the identity of the assailant and thus far no responsibility has been claimed.

In the wake of these horrific attacks it is important for us to remember that the only way these people can beat us is if we allow ourselves to be intimidated. If we change ourselves out of fear then they have won. The best way to fight them is to keep living our lives. There is little else that will infuriate them more.

Our thoughts tonight are with the people of London.