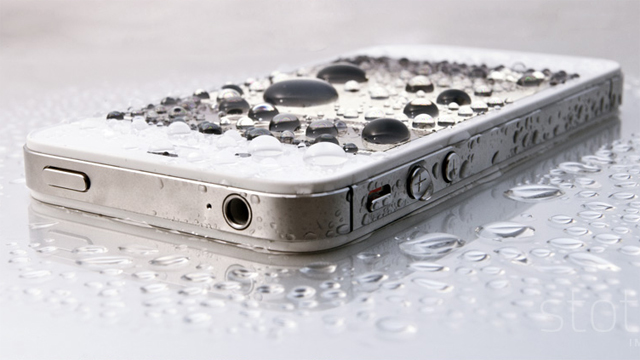 Apple products are often criticized for lagging behind in the innovation department since it’s not uncommon to find out that the latest iPhone is offering features that were already available on some of its competitors for a few years. Actually, some might say that this is in fact the norm. Be that as it may, fans of said products always get excited upon learning that the next model will offer an interesting new features regardless of the fact that it’s far from being innovative. This could very well end up being the case with the upcoming iPhone 7 as a recent patent filling uncovered by AppleInsider suggests that the smartphone will be waterproof.

Water resistance can already be found on several Android smartphones and it’s definitely a nice feature to have, which is why I’m glad to see that Apple is finally considering it as well. What’s more, the patent filling indicates that the company is actually working on new ways of making the iPhone 7 waterproof so that the feature doesn’t interfere with the design of the handset. If this turns out to be true, I guess we’ll have to stop criticizing Apple for the lack of innovation, if only just partially. The way the company is going about making the iPhone 7 waterproof is by using a hydrophobic (water repelling) coating on all the internal components. The advantage of this method when to compared to traditional ones is that the ports don’t have to be sealed, so again, the design will not be affected by this feature.

At the moment this is merely a patent filling, so make sure to regard it as such and not an official announcement. We can’t be sure that the iPhone 7 will sport this type of waterproof coating, but it seems to make sense to introduce such an interesting new feature with the release of a new flagship smartphone. As always, take anything that isn’t an official announcement with a grain of salt and make sure you stay tuned for more news.

LG G4 vs LG G3: the surprising vs the icon aka what to expect
HTC One M9 release date and price for the US and UK revealed