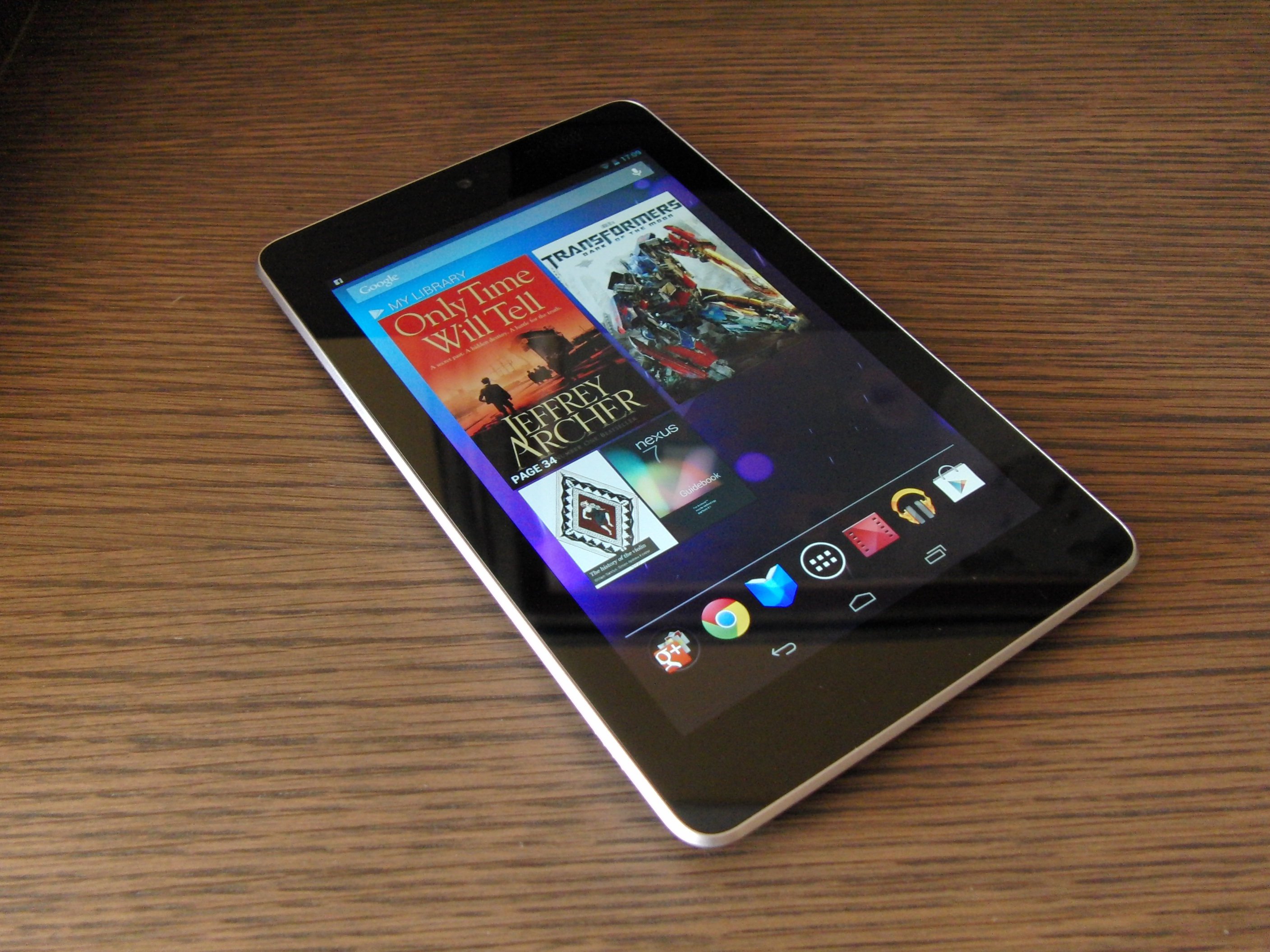 Tablets are not the most popular pieces of tech recently, but the Nexus 7 has proven itself quite useful for many tablet users. People have generally started to gravitate towards larger smartphones and convertible devices like the Surface 3 and Surface Pro 3, even the Asus Transformer Book Chi line-up. Tablets have gone out of fashion so to speak, but I remain  firmly convinced that there is a purpose for tablets and the Nexus 7 is the perfect example. Regardless of the fact that the first and couple subsequent Android 5.0 Lollipop updates have ruined the Nexus 7 for many people, it can still be a great tablet after you get to the latest version of Android, which is Android 5.1.1.

Word of caution, though. The Nexus 7 is the most affected device by Android Lollipop problems. There are many people out there who are complaining about bricked devices. If you’re in the know and can fix these things, that’s your shot. Get the bricked devices for cheap on ebay and flash something new on them, if you know how. There’s a lot of potential in the Nexus 7 and it could be a good way for you to learn how to flash ROMs, how to wipe, how to reset and how to actually handle tech. If you don’t know what you could do with a bricked Nexus 7, the easiest thing would be to install a factory image from Google or XDA, but make sure to install a version that didn’t mess with your device. You could get a bricked Nexus 7 for less than $50 online and flash whatever and have yourself a fully functional tablet: in my mind, that’s a good deal and it involves learning about tech, hardware and software, all at the same time. Hopefully, a bricked Nexus 7 tablet scenario won’t apply to you.

The Nexus 7 is a tablet made by Asus and Google and one of its best features is stock Android. Although the Nexus 7 has been discontinued in the Google Play Store, you can still find it online on various e-commerce websites. And that is one of the main reasons why the Nexus 7 is still a good tablet in 2015: price. Since it’s discontinued and a wee bit outdated, you will be able to find great deals on it occasionally, if you find it in stock. Right now, the lowest Nexus 7 price that I’ve come across was $165 on Amazon, brand new. Naturally, that’s the Wi-Fi only, 16 GB model from 2013. If you want an even lower price, you can go for the 2012 Nexus 7 which goes for as little as $130 new or even $70 used.

Getting a tablet like the Nexus 7 for such a low price makes this situation perfect, for some. People who just need a bigger display to view messages and social media would be delighted by this, as the Nexus 7 is as simple as it gets. Little bloatware and all the social apps that a Google-fan would ever need. At the same time, the Nexus 7 is still a good tablet in 2015 because it’s a perfect starting point for techies. By techies I mean kids. Is you child screaming about wanting a new iPhone 6? Are you worried sick that the cost of the iPhone 6 and the data plan and the contract or prepaid card and the Apple Care will cost you too much? And your kid is 12 and doesn’t need a smartphone at that age? As they should be spending more time outside? If that’s you, then the Nexus 7 would be perfect for your kid. They will get all the games they need, all the Wi-Fi they can catch and all the social media that you want them to, without you having to get extra guarantees and insurance, because it’s not that expensive.

The Nexus 7 is perfect for youngsters, because it’s got a big screen, a lot of games and a simple interface. Moreover, the battery life is also acceptable and of course, Android Lollipop. But why would anybody else want the Nexus 7 in 2015? I can answer that by going back to my original point: tablets might be done for. The Nexus 7 could be that in-between device, especially if you get one with LTE, that will keep you up to date on everything you need for years to come, and can be the perfect back-up device in case your daily driver, convertible, laptop or smart watch leaves you hanging. It’s cheap and it has all the important features that one might need in case of an emergency.

To be fair, the Nexus 7 might not be the perfect device, but it’s definitely a good tablet that’s worthy of all the attention it got over the past few years. It’s easy to use, rather cheap and can handle most of the rudimentary things that an average user would throw at it. Say you’re on a train, going to work, and you find a neat video on Youtube, but you would like to watch it on a bigger screen (alone or show it someone): the Nexus 7 comes in. Of course, any other tablet could do that, but how many tablets offer stock Android at a good price?

With these things in mind, we can honestly say that the Nexus 7 is an iconic device and can still be called a good tablet in 2015. We could say that about the Nexus 5, the Nexus 10, the One M7, the Galaxy S4 and many other devices out there, but it seems like people tend to go for the newest thing on the market, even though they don’t really need it. That being said, before buying the new Nexus 9, consider this: would the Nexus 7 be enough for what you need a tablet for or do you really need all that processing power and front-facing BoomSound of the Nexus 9? If you do, swell, if you don’t, go for the Nexus 7. Your pocket and wallet will thank you for it in the long run.