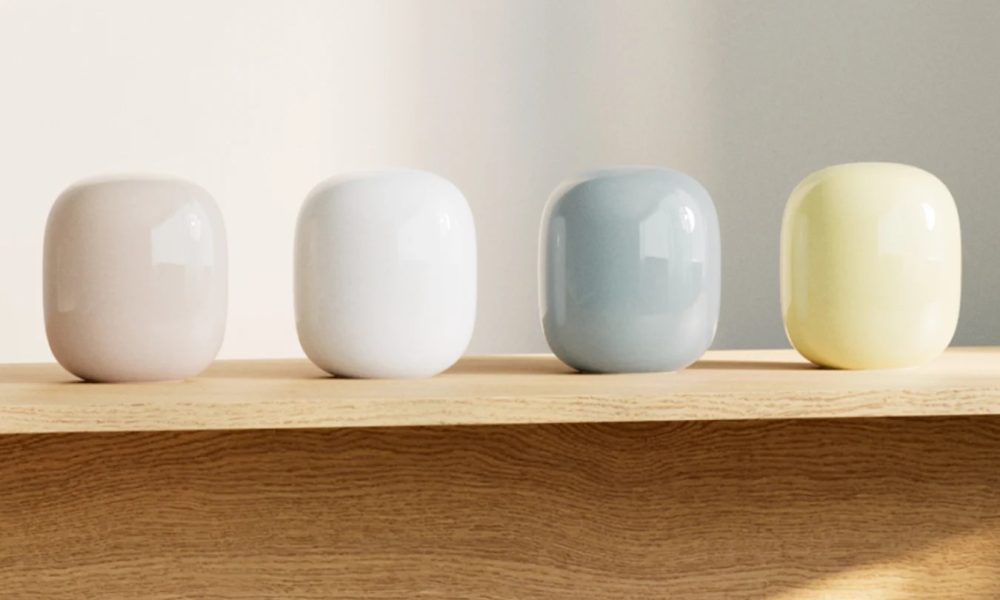 As anticipated, Google has announced the Nest WiFi Pro mesh router system, which features a sleeker appearance, WiFi 6E speeds that are quicker, and a straightforward setup. When Google’s new smart home protocol debuts, it will also function as a Matter hub, although it costs a little more than the existing Nest WiFi router.

The Nest WiFi Pro has a similar circular appearance to the previous version, but Google claims it utilizes a high-gloss material “inspired by ceramics” that is made of more than 60% recycled materials overall. In comparison to the WiFi Nest, which has a softer matte surface, it appears incredibly glossy in the promotional photographs. To fit nicely with most houses, it is available in four earth tone-inspired tones, “Snow,” “Linen,” “Fog,” and “Lemongrass.”

A crucial component is the tri-band WiFi 6E protocol, which Google claims offers “a quicker and more direct path to the most dependable internet connection” and operates on the less congested 6Ghz frequency. The end result is speeds that can be up to twice as fast and support for the most recent smartphones and other WiFi 6E-compatible devices. It prioritizes high-bandwidth activity like video chats or streaming while analyzing network performance and optimizing connections to keep things moving swiftly.

The Nest WiFi Pro is compatible with the majority of smart home devices that are linked, and it has the speed to simultaneously handle video chats, 4K films, and security camera feeds. According to Google, a single router can span 2,200 square feet. It has a Thread border router built in to link smart home appliances via a low-power mesh. When Google’s new Matter smart home protocol debuts later this year, it will support it as well.

Zach RileyOctober 26, 2022
Read More
Scroll for more
Tap
The second-generation wired Nest Doorbell from Google is smaller and has better imagery
The Pixel 7 and 7 Pro increase the number of functionalities powered by tensors.