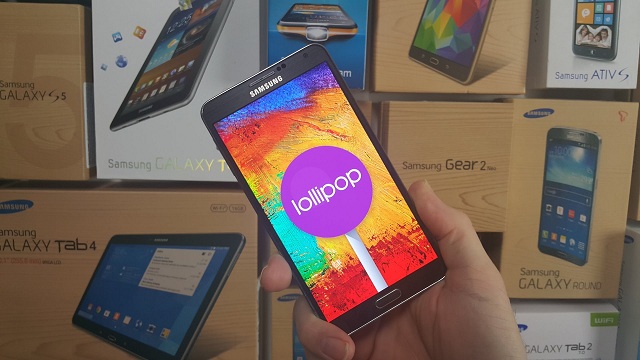 There was a huge and perhaps understandable wave of excitement last year when the Samsung Galaxy Note 4 was announced. In a day and age when major companies seem to be releasing the same phone each year with only the smallest of improvements, Samsung strayed from this path a bit with the latest entry in the highly acclaimed Note series. But while everyone was praising the Korean tech giant’s latest over-sized smartphone, on the other side of the globe Google was drawing plans to get its own next big thing, the Android 5.0 Lollipop operating system, as fast as possible to the masses. Combining a superb device like the Samsung Galaxy Note 4 with the new and shiny operating system from Google got many tech geeks excited at the time, but looking around today it seems like the excitement has made room for disappointment for many people.

Major OS updates always come with their fair share of problems, but Android 5.0 Lollipop is arguably one of the most broken updates ever released. All the new and interesting features promised by Google last year are now all but eclipsed by the myriad of bugs, performance issues, battery draining, memory leaks, overheating, and other such problems that the operating system set upon unsuspecting users and their devices, including the Samsung Galaxy Note 4. First off, the rollout of Android 5.0 Lollipop was ridiculously slow, with the initial release date of December eventually turning into late March, at least, as far as the US version of the Galaxy Note 4 was concerned. A lot of people are ok with something being delayed as long as developers take the time to make the necessary improvements and release a satisfactory product once it finally comes. But this was not the case with the Samsung Galaxy Note 4 and Android 5.0 Lollipop, was it?

In all fairness, most phones suffered from the aforementioned issues caused by the latest update, but the Samsung Galaxy Note 4 probably took a bigger hit than most as the phablet seemed to be the only one capable of taking on the then newly released iPhone 6 Plus. Although the Galaxy Note 4 is undoubtedly better than Apple’s own ginormous handset when it comes to the hardware and display, the same can not be said about its operating system. In an industry where competition is growing fiercer by the day and options abound, one can clearly see how something like this can push people away from a certain brand and into the arms of another.

It may seem odd to some, but people are actually prepared to completely ignore impressive displays and jaw-dropping hardware on a phone if said phone is likely to overheat, die on you when you least expect it, or force close your apps for no apparent reason. These are all problems that the Samsung Galaxy Note 4 suffers from because of Android 5.0 Lollipop, an OS update that was arguably still months away from being finished when it first started rolling out.

To give credit where credit is due, Google did release a number of further updates aimed at improving the OS and some of the problems were eventually fixed. However, since we’re talking about the Samsung Galaxy Note 4 here it’s worth pointing out that this applies to a lesser extent when it comes to the phablet since at the moment it can only go as far as Android 5.0.1 Lollipop, while other devices are reportedly already at Android 5.1.1 Lollipop. Many users are reporting that 5.0.1 was able to fix a lot of problems, however, not everyone was so lucky and most of the issues are still present even now.

Given that 5.0 is still fresh on US versions of the Samsung Galaxy Note 4, it may take a long time before 5.1 or latter reaches the country, so for now it looks like stateside folks who are experiencing problems with their phablets will continue to do so, at least for the foreseeable future. In my mind this whole situation raises a very important question: “is it worth buying an expensive device as long as its operating system is broken?” I mean, if you can’t really enjoy it to the fullest, what’s the point? Hopefully you, dear reader, have not been plagued by such issues and can boast that your Samsung Galaxy Note 4 runs smooth as butter and that Android Lollipop lives up to its promise and more. For everybody else though, I’m afraid these problems are a bitter reality that’s unlikely to change any time soon. Heck, at this rate we might even hear about the release of the Samsung Galaxy Note 5 long before all the issues with the Galaxy Note 4 have been fixed.