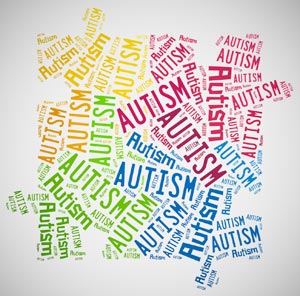 Autism is a mental disorder that sets in between the ages of two and three years old. The disorder’s full name is Autism Spectrum disorder. The name indicates the gradient with how this disorder can occur. The symptoms of the disorder are decreased sociability and the inability to handle common noises. Not everyone with autism experiences the disorder in the same way, so it can be worse for some more than it is for others. Due to the early onset of the disorder it often leads to slowed development. The prevalence for the disorder is estimated by the CDC to be about one in 68 children within the United States. The disorder is often comorbid, seizures, sleep disturbances, and ADHD among other complications can be paired with Autism.

Researchers from the Beth Israel Deaconess Medical Center (BIDMC)  have made some discoveries about Autism Spectrum Disorder in relation to genetic and neuronal circuit mechanisms. The research was headed by Matthew P. Anderson, who is the director of Neuropathology at BIDMC. The gene that the researchers studied was UBE3A. They had previously discovered that mice that were engineered with extra copies of this gene showed impaired sociability.

The point of the study was to deduce where in the brain the lack of sociability arises due to autism. They discovered that the affects of the UBE3A gene are far reaching, and interacts with up to 600 other genes. After more experimentation the researchers observed that larger doses of UBE3A  repressed Cerebellin genes. Cerebellin is a family of genes that physically interact with other autism genes to form glutamatergic synapses, which is where neurons communicate the neurotransmitter glutamate. By deleting Cerebellin 1 they were able to replicate the same sociability impairment causes by an excess of UBE3A. The researchers then discovered that by deleting UBE3A upstream from the Cerebellin genes that they could prevent seizure-induced social impairments.

The next step was mapping out the brain area where seizure-gene interactions occur. Surprisingly, they discovered that the interactions take place within the brain stem. They then pinpointed the ventral tegmental area as the more precise location. The final step was inhibiting the neurons that responds to drugs, but not the natural neurotransmitters in an attempt to switch the neurons on or off. In doing so they created a switch that could disable or magnify sociability.