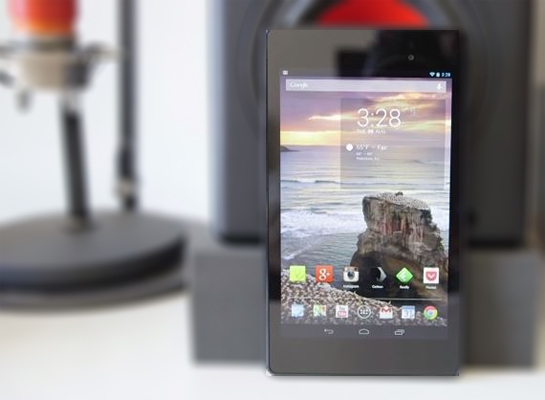 Android M was recently debuted and demonstrated at Google I/O and while the new Android OS is comprised of more fixes and under-the-hood improvements than new design elements and user interface improvements, the excitement about the new release is building up. Many Android users, but Nexus and stock Android fans especially are enthusiastic about the user experience Android M will bring forth. Many Nexus 7 users are also hoping that with Android M, all the problems of Lollipop will be fixed and the Nexus 7 bricked hashtag will disappear. That’s not going to happen, apparently.

Although this is unconfirmed information, there might be truth to what sources are telling us. The Nexus 7 (all variants, including Wi-Fi and data ones) is having problems and is kind of old. Although for the first few years, Nexus 7 users were very happy with what Google and Asus thought up, when Android Lollipop was released for the tablet, people started seeing flaws with the tablet’s performance, as well as user experience. The recommended course of action for Android Lollipop problems of the Nexus 7 is to revert back to Android 4.4 KitKat, as that’s the most stable and most acclaimed version of Google’s operating system, at least for the Nexus 7.

A few tips have trickled into our offices, and they’re a bit alarming, at least for Nexus 7 owners. It seems that in the end, the Nexus 7 will no longer receive software updates when Android M is finalized and go official. Take this with a grain of salt and we’re hoping that Google keeps its sanity and keeps one of the Android community’s favorite tablets afloat with timely updates. Nonetheless, the rumors are picking up speed and it’s not looking good for the tablet that is probably the most damaged by Lollipop in the Nexus line-up of devices.

Someone sent us a tip saying “goodbye Nexus 7, no Android M for you”, and they also said they are close to the Android M development team that is working on various builds of the new OS, for the entire Nexus line up of devices. While we are skeptical of the truthfulness of this statement, there might be something in it, seeing as the Nexus 7 is already discontinued. As many other companies, Google will most likely stop supporting the Nexus 7 this year, when Android M goes official. We’ll just have to wait for an official statement from the company and developers clarifying what the future holds for the fallen angel Nexus 7 tablet.