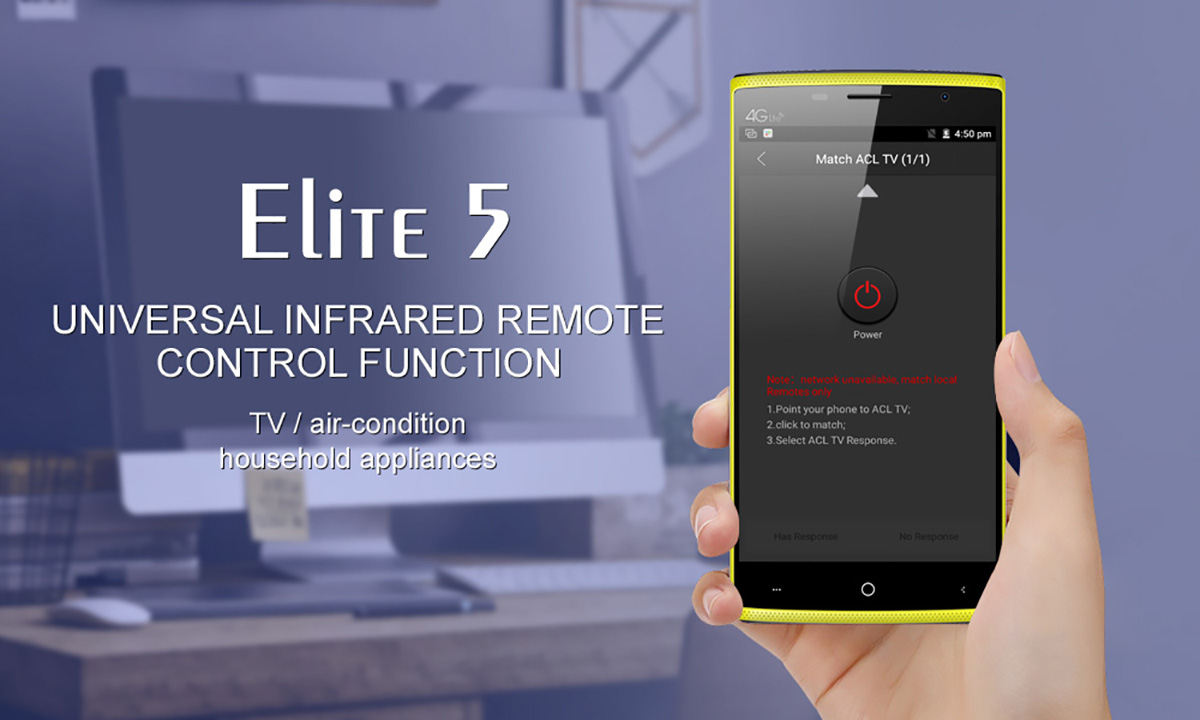 The Leagoo Elite 5 is a brand new smartphone from China that’s now available to purchase at a deceptively low price. The reason I say this is because the smartphone only costs $132, a price that’s usually associated with low-end devices. That is not the case here, though, because the Elite 5 comes equipped with decent hardware, as well as a couple of very interesting and useful features. As always, there are pros and cons here, but we’ll need to take a closer look at what the Leagoo Elite 5 brings to the table before we can decide which of the two are more prevalent.

Right off the bat I was impressed by the company’s attention to the packaging. I know, I know, it’s what’s on the inside that counts, however, first impressions are always important and the Leagoo Elite 5 gets big points in this department. Not only was the box and everything inside it nicely designed, but Leagoo is also rather generous with the accessories. Apart from the smartphones itself, the box also includes a finely crafted leather view case, a plastic case, an USB cable coupled with an adapter, a screen protector, a pair of earphones, and even a little box of earbud replacements. 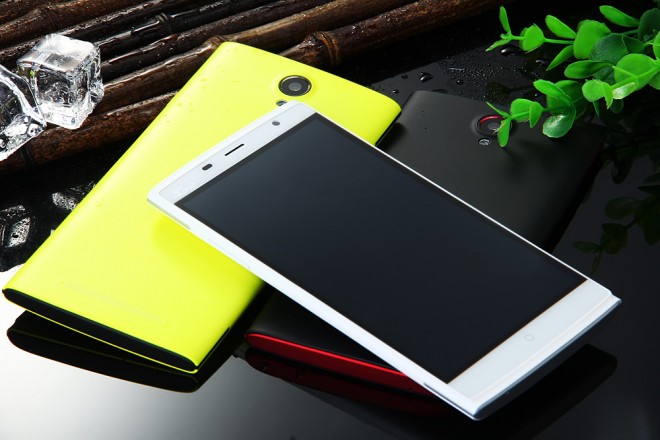 In terms of design, the Leagoo Elite 5 looks really good for the most part, with relatively narrow bezels and round edges. The only complaint I have is that the device is unnecessarily large, though not by much. Sure, this is a 5.5-inch phablet so it should be big, however, the size of the top and bottom parts could have easily been reduced just a tad in order to make the smartphone a bit more compact. Aside from that, though, the Leagoo Elite 5 feels comfortable when holding in spite of its size. The shell is made entirely out of plastic and thankfully it’s pretty rugged, which allows for a pretty decent grip. The phone also seems very resistant and the back cover is thick enough that you don’t have to worry about doing any damage while trying to open it. Naturally, this also means that, overall, the phablet is somewhat thicker than most of its counterparts, which may or may not be an advantage depending on preference.

As mentioned before, the Leagoo Elite 5 comes equipped with decent specs, though they’re definitely nothing to write home about. When it comes to the processor, in particular, it seems like Leagoo could have done a bit better because the Elite 5 features an MTK6735 quad-core clocked at only 1.0 GHz. On the bright side, the CPU was built to support 64-bit architecture so it’s definitely not terrible in terms of performance. For the most part, the Leagoo Elite 5 can run pretty much anything you throw at it; just don’t have it run games that are very taxing, else you may end up disappointed and the phone will likely end up overheating. Another downside comes from the fact that the device only has 2 GB of RAM, whereas most other phablets have at least 3 GB these days. In short, you can expect decent performance from the Leagoo Elite 5, but as said, it’s nothing to write home about. The internal storage memory sits at 16 GB right from the get-go and you can use a microSD card to expand it by an additional 32 GB.

On the other hand, you may want to write home about the massive 4,000 mAh battery. The battery should easily last you for close to two days even on heavy use and the phone also has a rapid charge feature that allows you to bring the battery back to full health in no time. In addition, the Leagoo Elite 5 can also act as a power bank, which you can use to charge another device. This is done very easily by using the special cable provided by the manufacturer. I definitely recommend the Leagoo Elite 5 if you’re concerned about battery life and as an added bonus, the battery is removable so you can replace it with another one should it happen to break for some reason.

Another strong selling point here is the camera combo consisting of a 13 MP primary shooter on the back and an 8 MP secondary selfie snapper on the front. The main camera is pretty standard and offers many of the features we’ve already come to know and love such as panorama, face beauty, and more. The selfie camera, however, is a bit more unique and actually capable of snapping some really nice pictures. Generally speaking, secondary cameras only offer 5 MP or less and they’re next to useless when the lighting is poor. This isn’t the case here. The 8 MP sensor on the Leagoo Elite 5 is definitely reliable, which is not something I can say about many other front-facing cameras I’ve tested before. As far as video shooting goes, the smartphone is only capable of going up to 720p and 30 fps. Not exactly stellar, but not terrible either.

The Leagoo Elite 5 runs on a slightly modified version of Android 5.1 Lollipop called Leagoo OS 1.1. To be completely honest, the operating system is indistinguishable from the real thing so it’s pretty much like you’re running stock Android 5.1. The device is very light on bloatware and comes with maybe only one or two pre-installed apps that you may not find all that useful. Otherwise, the interface is quite elegant and easy to work with, much like you’d expect from any smartphone running on Android 5.1 Lollipop. I can’t really say I came across any major problems while testing the thing, so as far as I’m concerned the Leagoo Elite 5 is pretty solid when it comes to the software. 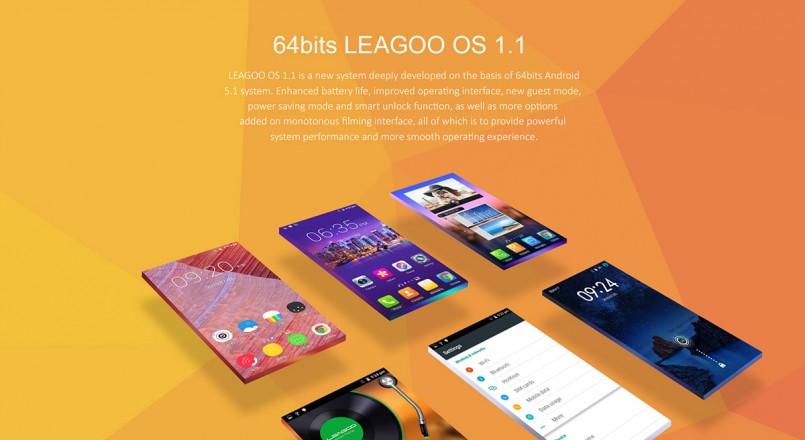 Most of the features found on the Elite 5 can also be found on other smartphones, but there are a couple that you don’t really see every day. The most interesting feature offered by the device is the universal infrared remote control function, which is exactly what it sounds like. This feature literally transforms your smartphone into a remote control that you can use to control other smart devices. It won’t work on everything, but there is a pretty huge selection of products that the Elite 5 can control, including TVs, DVD players, projectors, cameras, fans, air conditioners, light bulbs, and more. In addition, the Elite 5 also comes equipped with something called Leagoo Xender, another interesting feature that allows you to easily transfer files between your Android smartphone and an iOS device. Aside from those, there’s also HotKnot, smart gestures and, of course, 4G support is also included.

We have a $132 smartphone that likely would have costed quite a bit more if it was being manufactured by a major brand. As it stands, the Leagoo Elite 5 is far from being the most popular or the most powerful phone, but it’s definitely worth the price when taking everything into consideration. I mean, the design is really nice, the cameras are good (especially the secondary one), the battery will last you a long time, it runs on stock Android 5.1 Lollipop (kinda) and it allows you to control other smart devices. That said, the phone is indeed lacking a bit in the CPU and RAM departments, so the Leagoo Elite 5 is likely not very suitable for those who are in need of devices that can set a new standard when it comes to lightning-fast speeds and cutting-edge performance. For the regular user, however, the Leagoo Elite 5 is definitely a very solid and affordable choice.