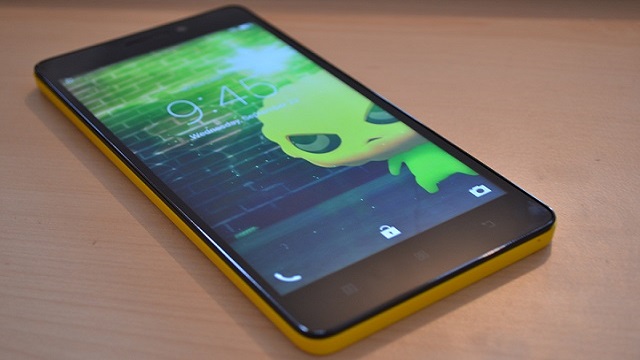 China has been dishing out smartphones like there’s no tomorrow for the last few years, with new manufacturers seemingly popping out of nowhere almost on a weekly basis. Given the circumstances, some of the country’s biggest OEMs were forced to adapt to the huge wave of new competitors and lower their prices accordingly. Lenovo is one such company and it seems like the tech giant has no problem playing by the new rules because all its latest models have been surprisingly cheap. Take the Lenovo K3 Note for example, a phablet released earlier this year that sounds almost too good to be true if you take a look at the low price tag. But is the investment well worth it? In order to answer that question, we played around with the device for the last week or so and are now ready to share our thoughts with you down below.

The Lenovo K3 Note is available in black, white, and yellow, though the front will always be black so you can basically only choose the color of the back cover. Regardless of the choice, you’ll immediately notice that Lenovo opted for practicality over style. That’s not to say that this is an ugly smartphone, but it’s not standing out of the crowd either. Let’s just call it average looking and leave it at that. Both the front and the back of the phone are completely flat, however, the edges are a bit rounded, so the Lenovo K3 Note doesn’t look completely like a rectangle. The back cover is easily removable and grants you quick access to the battery, microSD card, and dual-SIM slots.

Even though this smartphone is unlikely to win any beauty contests anytime soon, there’s no denying that Lenovo put some serious thought when designing the K3 Note because the device feels great when holding and is surprisingly lightweight. In addition, the plastic back cover features a matte finish, which is always preferable to the shiny one because it makes it much easier to hold and less likely to slip from your hand. Aside from that, you’ve got your power and volume buttons on the right side, your USB port and headphone jack on the top and your rear speaker on the top right corner. As I’m sure you already know, the rear speaker is located close to the bottom on most phones, but the unusual placement on the Lenovo K3 Note actually makes a lot of sense because this way you’re not covering the speaker while holding the phone in your hand like you do with other handsets.

The display comes in at 5.5 inches, complete with 1080 x 1920 resolution and 401 pixel density. The screen-to-body ratio could have been better to be honest, but all in all, the phablet doesn’t feel unnecessarily large. As for the screen itself, I found it to be very responsive and capable of offering sharp and realistic colors. When it comes to protection, though, the Lenovo K3 Note is a bit lacking as the front panel only features a basic screen protector. This means that you’ll have to be extra careful not to scratch the display and you’ll also probably find yourself trying to clean it quite often in an attempt to get rid of fingerprints and various stains. Luckily, you can find screen protectors for as little as 5 bucks if you want to give your Lenovo K3 Note an extra shield. Apart from that, though, the display is pretty good and even features a night mode to protect your eyes when using the phone in the dark.

The Lenovo K3 Note comes equipped with a 64-bit octa-core Mediatek MT6752 chipset running at 1.7 GHz, coupled with 2 GB of RAM and a Mali-T760MP2 GPU. Though most high-end flagships sport at least 3 GB of RAM nowadays, the Lenovo K3 Note is quite capable of handling pretty much anything you can throw at it with what it has. The phone received pretty good scores while being tested with the AnTuTu benchmark tool and managed to surpass competitors such as the OnePlus One, HTC One M8, Xiaomi MI4 or Samsung Galaxy S5, though it couldn’t quite hold a candle to the Asus Zenfone 2, Meizu MX4 or the Samsung Galaxy Note 4.

Overall, performance is really good and the device doesn’t overheat like some others when pushed to the limits. Needless to say, you won’t have trouble running apps and you’ll also be able to run most games without any major problems. Blood and Glory, Mortal Kombat X, and Injustice: Gods Among Us all ran very smoothly during testing, with only minor hiccups on occasion. Even though 2 GB of RAM don’t seem enough for gaming, the chipset and GPU combo is actually really strong and will serve you well.

The Lenovo K3 Note sports 16 GB of storage right off the bat and you can expand it further up to 64 GB via microSD card. As for the sound quality, I’d say the rear speaker does a good job overall, though it’s not necessarily something to write home about. The quality is certainly there, but the volume isn’t. If you treasure clarity and fidelity over volume, however, you’ll really enjoy what the Lenovo K3 Note has to offer in terms of sound.

The camera combo on the Lenovo K3 Note is pretty standard and consists of a 13 MP sensor on the back coupled with a 5 MP selfie snapper on the front. The main camera packs dual-LED flash and a number of useful features like HDR, panorama mode, face detection, and even includes a QR code scanner. As for the selfie camera, you’ve got your regular features like face beauty mode, along with a couple of more interesting ones that allow you to place watermarks on your images or snap a photo by simply holding out the peace sign. In addition, the sensor also attempts to measure your happiness and figure out your age, though the results you get are pretty inaccurate, to say the least.

At 3,000 mAh, the battery is pretty much what you’d expect from a device of this size. You can expect the Lenovo K3 Note to last for a full day even when you’re playing games, browsing websites, listening to music and watching videos on Youtube, all in one sitting. Naturally, if you spend more than a couple of hours playing extra demanding games the battery will drain very fast, but for the most part you won’t need to worry about reaching for the charger more than once a day. As mentioned before, the battery is also removable and easy to access so it’s very easy to replace in case something goes wrong.

The Lenovo K3 Note runs on the Android 5.0 Lollipop operating system with the Lenovo Vibe 2.5 user interface on top. Not a huge fan of the UI to be honest but the software does run pretty smoothly. The phone did froze a couple of times for a few seconds during testing, but only when I tried to update or run several apps at the same time. Generally speaking, you shouldn’t have too many problems with the software, however, there is a bit of bloatware that you can probably do without. The Lenovo K3 Note comes pre-installed with a number of apps that were clearly intended for the Chinese crowd, including the browser, the theme center and the weather app, to name just a few. Still, if you’re willing to spend a bit of time to make a couple of modifications here and there you can customize the phone to suits your needs regardless of where you live in the world.

It’s a bit hard to argue with a smartphone that offers so much and costs so little. The Lenovo K3 Note launched earlier this year for $160 unlocked, but now there are a number of retailers that are selling it even cheaper. Despite a few cons here and there, this phone has plenty going on for itself. You’re probably not going to be very impressed with the 2 gigs of RAM or Lenovo’s UI, but you’ll definitely come to love the camera, the sound, and the overall performance. All in all, the Lenovo K3 Note presents a very strong case for potential customers looking for a solid phablet priced at around $150-160.