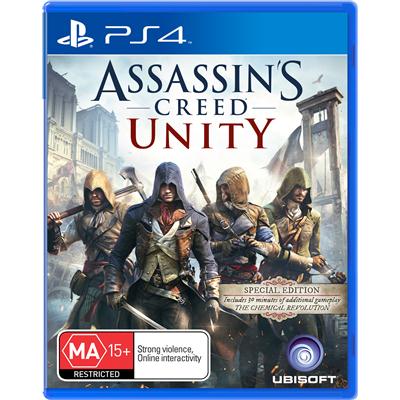 Ubisoft is one of those companies that inexplicably charges more for the digital copies of their games long after the physical price has dropped. While the physical and digital copies are usually the same on release, games sold at retail will often see their prices drop significantly over the next few months while the digital copies will remain at their original $50-$60 price. A couple of Ubisoft execs have explained the logic behind that system, and it’s basically “screw you, we want your money.”

A perfect example of this price difference is Assassin’s Creed Unity. While it’s still at full price on the Playstation Store at $60 in America (and a whopping $99 in Australia), I was easily able to find the PS4 game on Amazon for a mere $20. During a Q&A at a post-earnings conference for investors, Ubisoft was asked about this price discrepancy.

“Digital is more reactive than what we put in stores, but at the same time, it doesn’t react as fast on consoles than it does on PC,” CEO Yves Guillemot said. “What we can say is that when games are older than one year, digital is a lot more dynamic on console because there are less units in stores. It’s a new business, a new trend, and we think all this will get more in line with time, but for sure, at the moment you see all sorts of prices depending on who is doing a promotion for that specific week.”

Once you cut through the business-speech, Guillemot is basically saying that, unlike retail stores, a digital store doesn’t need to move units to clear shelf space. Which means they can charge whatever outrageous prices they like. And when he’s speaking about it as a trend, he’s basically saying that Ubisoft is waiting for physical retail to die so people have no choice but to pay Ubisoft’s asking price.

CFO Alain Martinez also chimed in. “On digital we will not sell for a lower price compared to physical. After a few weeks or few months things can change, and as Yves has been saying, sometimes you might have a promotion on Amazon [but] not on GameStop, but we can also react on the digital side.

“We are actually more aggressive on the PC side where digital is very, very strong. We tend to be more conservative on the digital side for more console and more flexible on PC.”

While that might all sound bad (and it does), Ubisoft is hardly the only company to do this. Nintendo may be the worst. They charge ridiculously high prices for their digital games on the eShop not just because they want the immediate profit, but also because they want to avoid lowering the value of their games in the eyes of consumers.

The lesson here is to never buy directly from a publisher’s store. Go through a third party retailer to avoid being ripped off.