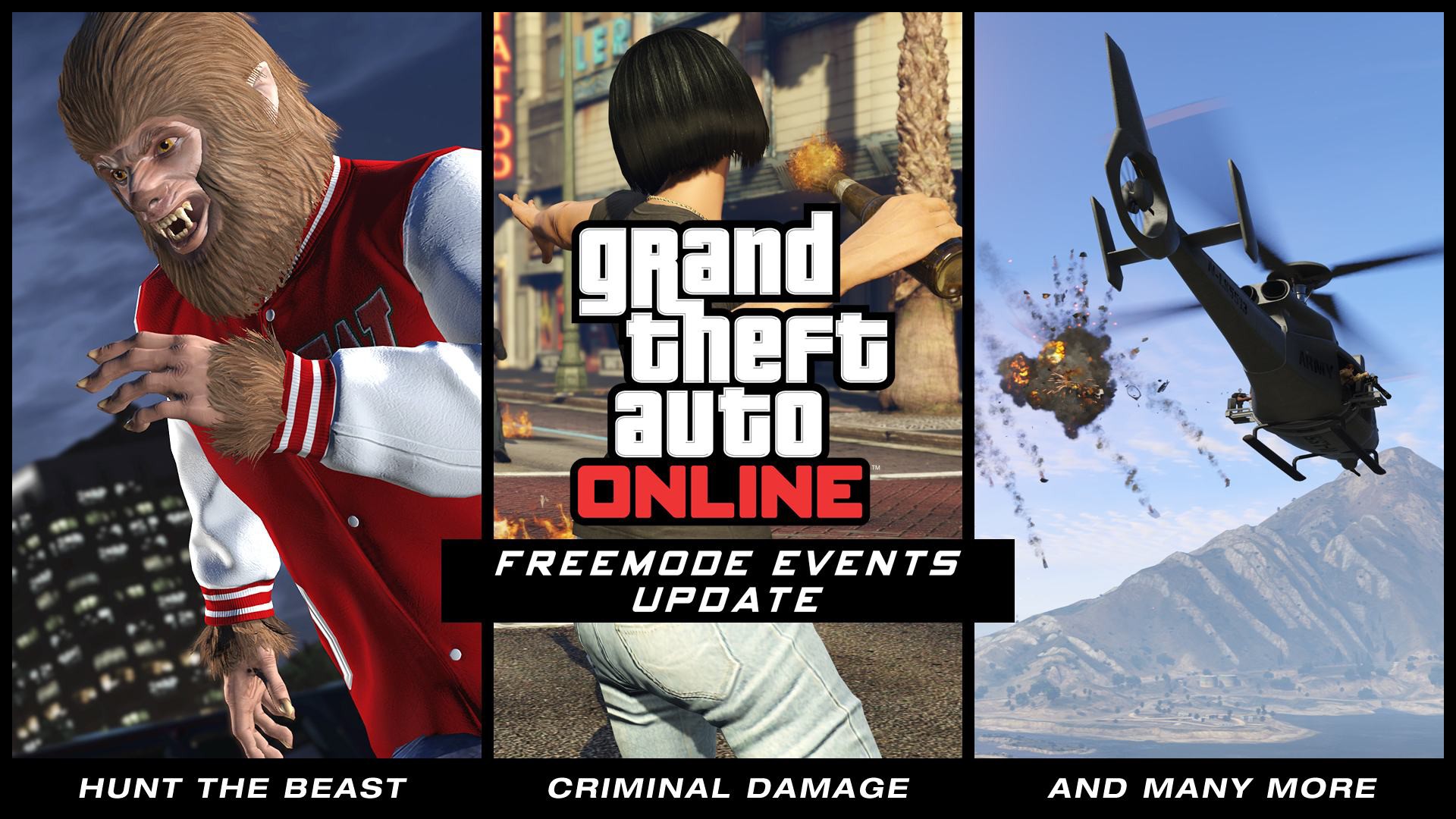 Rockstar scheduled GTA Online Freemode Events update on September 15th and released a trailer showcasing a few of the events that we can expect to enjoy.

Long queues and lobbies will be long forgotten as they claim we will be able to join in seamlessly as the events unfold around us. GTA Online Freemode sessions will allow different customization options so you can have control over what events will occur, leaving you to have the decision over what you want to do and play.

Some of the announced events are “King of the Castle”. The title says it all for this one, as it is an every man for himself fight, where one player has to occupy a specific location as his/her own, and fight to defend it as the others try and get it for themselves.

“Hunt the Beast”, will be a mode where one of the players will transform into a beastly character with improved strength and speed, while the other players will have to chase it down and kill it. The beast needs to go through a number of checkpoints in a limited time in order to win and the “hunters” will only get to see the beast on the mini-map once as it passes through a checkpoint. This could prove to be an interesting challenge as the “beast” could simply blend in with the crowd and make it extremely hard on the others to detect it if he/she is cunning enough.

“Penned in” will be a challenge in which around 12 players will have to drive around and make sure they do not get out of a designated area. The marked “dome” will move around, taking sharp turns and go through various obstacles that the players must face while shrinking as time passes. Whoever gets out of the area and does not return in 9 seconds, is out for good.

Expect many more challenges and thrills from GTA Online Freemode update, scheduled for September 15. Check out the trailer bellow.