Gamers question reality and meaning of life as Bubsy comes back

Gamers question reality and meaning of life as Bubsy comes back

You read the title right ladies and gentlemen, in a plot twist that makes people regret making memes about him in the first place and after 20 years without it. Bubsy the bobcat will finally make a comeback in the console gaming world with a new platforming title called Bubsy: The Woolies Strike Back. And it’s coming this fall for the PlayStation 4 and PC.

A lot of gamers thought the game was fake for obvious reasons, but Accolade games made a website and press release about the game to many player’s dismay (And oddly to some enjoyment). The game is going to be developed by returning brand Accolade alongside German developer Black Forest and is going to be exporting exotic locations and over 100 new one liners that’ll make sure I’ll cringe hard whenever I have to inevitably suffer through it. 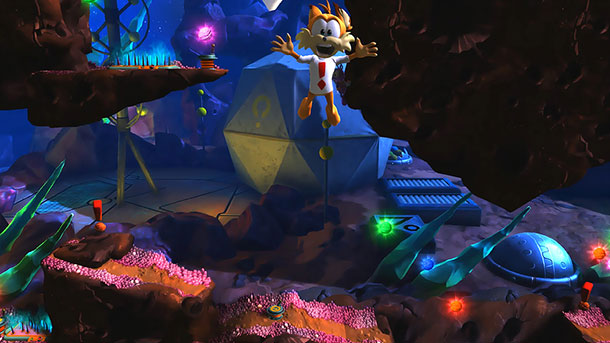 Giving the game a fair chance however, not everything seems as bad as the infamous previous games have shown to be. From the trailer alone it seems like Black Forest has seen and known the issues with the previous attempts at a platformer scene, the game’s pace seems to finally have become slower and the field of vision has become more ample, in otheer words. You’ll be able to see what’s ahead of you without the need of stopping dead in your tracks.

The game’s visuals are also fairly detailed and the animations look fluid, I also noticed that Bubsy will have a double jump alongside his returning Glide ability. I seriously hope  they remove the infamous fall damage and try not to stick with it for some sense of tradition.  The voice actor for Bubsy isn’t the ear shattering VA from the Bubsy 3D game and the one liners he has said so far aren’t exactly knee slappers but I chuckled at one or two.

This is a gigantic surprise for many gamers (For better or for worse) and it has happened before the real doozies happen at E3, could this be one of many surprises to come tomorrow? I guess only time will tell.

Mike GuarinoJanuary 10, 2020
Read More
Kingdom Come: Deliverance out in 2018
Madden 18 Announced To Have A Full Story And Use Frostbite Engine