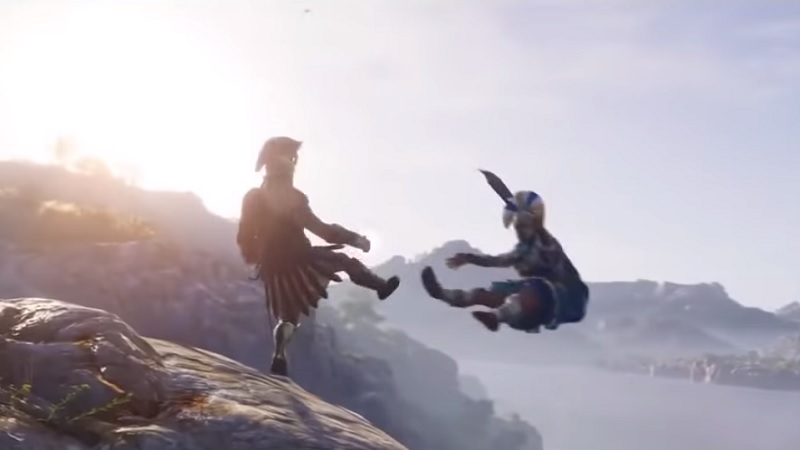 Well, the leak was 100% true, as Ubisoft has now confirmed the game’s existence and title. Ubisoft released a very brief teaser of the game, confirming the game’s title along with a “see you at E3” message. The clip gives us a quick look at the game itself, showing a character kicking someone off a cliff. You can check it out at the bottom of this post.

As for what we can tell from the teaser and the artwork, it looks like this one is going to be set in Greece. This was very much teased at the end of Origins, so it makes sense. There’s no actual gameplay to go on just yet, but it’s likely that things will function similarly to how they did in the last game.

The release date for the game will be an interesting one, as it’s very possible that Ubisoft could be skipping an annual release once again. Leaks have suggested that the game will release within the first or second quarter of 2019, which is a similar timeframe compared to when Ubisoft released Far Cry 5. Kotaku also previously said that the game’s release date falls within Ubisoft’s Fiscal Year 2019, which ends on March 31st, 2019.

Much more information on Assassin’s Creed Odyssey will be coming soon, and we’ll be sure to bring you more as soon as it becomes available. In the meantime, be sure to check out the teaser below.