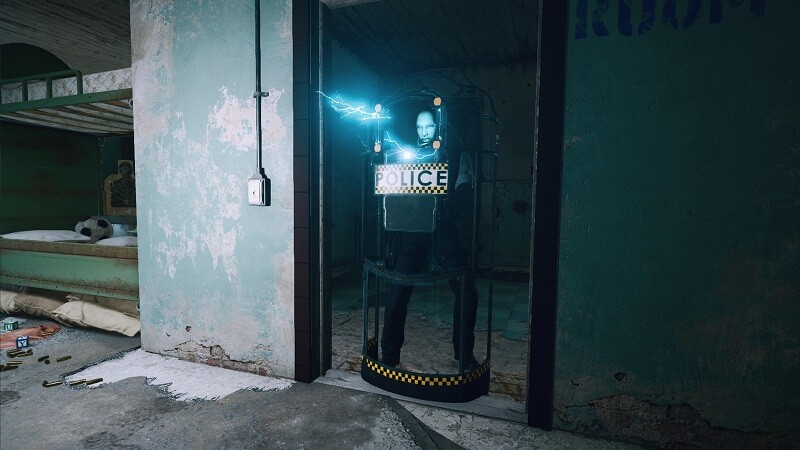 Rainbow Six Siege will be getting a new patch this week, which brings the game up to version Y3S3.1.2 and brings fixes to numerous glitches. The patch is focused primarily on addressing some bad exploits that are currently available in the game, with the previously-announced balancing changes being put on the back burner for the time being.

Some of the exploits that will be taken care via this new Rainbow Six Siege patch includes the invisibility glitch and the deployable shield vaulting bug. The invisibility glitch would allow players to remain completely invisible for the entire match, whereas the deployable shield vaulting bug let players vault through windows whenever shields are placed perpendicular to any window. A glitch on the Oregon map also let players clip through the washing machine, though that will be going away, as well.

Fixed – Deployable shields placed perpendicular to a window prevent vaulting.
Fixed – The operator is invisible when players load into game.
Fixed – Pistols have their reticle misaligned with the center of the screen while shooting.
Fixed – No toggle for Montagne and Pulse special abilities (now comes with toggle).
Fixed – Cannot access Bulletproof Camera by pressing the secondary gadget button while prone.
Fixed – While prone, using melee and standing up will switch the knife animation to shield.
Fixed – The Stun Grenade VFX can be cancelled under certain conditions.
Fixed – The squad leader remains alone in a match after one squad member leaves when the leader starts the match.
Fixed – Latency, micro stutters and graphical issues after playing multiple matches and maps in the same Custom game session.
Fixed – End of round timer does not stop when initiating the defuser plant at the last moment.

Fixed – Clipping issue on Lion’s uniforms.
Fixed – Hibana’s face appears washed off when equipped with the Yurei headgear.
Fixed – Holding down both gadget buttons and releasing them in a certain order switches away from Pulse’s Cardiac Sensor.
Fixed – The Chalkboard uniform for Hibana does not appear properly while in First Person.
Fixed – Blitz’s arm is delayed when leaning, causing clipping issues with shield.
Fixed – The observation tool icon is missing from the select spawn location screen for attackers in preparation phase in Ranked.

Fixed – When Joining in Progress during a ban reveal, players will always see the blue smoke.
Fixed – Joining in Progress with previously selected operator does not update teammates blocked operators.
Fixed – During the ready screen, the sizes of the operator’s cards are not consistent.
Fixed – The “Change floor” button is missing in the tactical map.
Fixed – The bullet point that indicates the currently voted OP disappears after changing display mode.

Fixed – Attacker drones can see through the ceiling underneath 1F Lobby and Bar.

Fixed – Drone has no collision with the terrace edge from West Front Yard.

Fixed – Players can clip inside a wall using a deployable shield at 2F Workshop.

Fixed – Players cannot pick up armor plates if the armor bag is deployed on a kettle in 3F Cigar Lounge.

Fixed – Operators can get stuck inside a pile of boxes in 1F Office.
Fixed – Player can vault inside the washing machine on Oregon.

Fixed – If Buck mounts Tachanka’s LMG Turret with the Skeleton Key on and leaves it, no interaction can be made with the turret afterwards.

Fixed – Clash can instantly go into ADS with her secondary after un–equipping her shield.
Fixed – Clash is not able to use Observation Tools while her CCE shield is extended.

Fixed – Maverick’s blowtorch makes no sound on the first use on a wall.
Fixed – Blowtorch SFX persists after Maverick is killed while using it.

Fixed – Black Mirror can be destroyed from the other side of a reinforced wall.
Fixed – Mira can place her Mirror under another destroyed Black Mirror.

Rainbow Six Siege is available for PlayStation 4, Xbox One and PC. The game is currently in its third year of support from Ubisoft, with the developer electing to continue to support the game rather than develop a sequel.