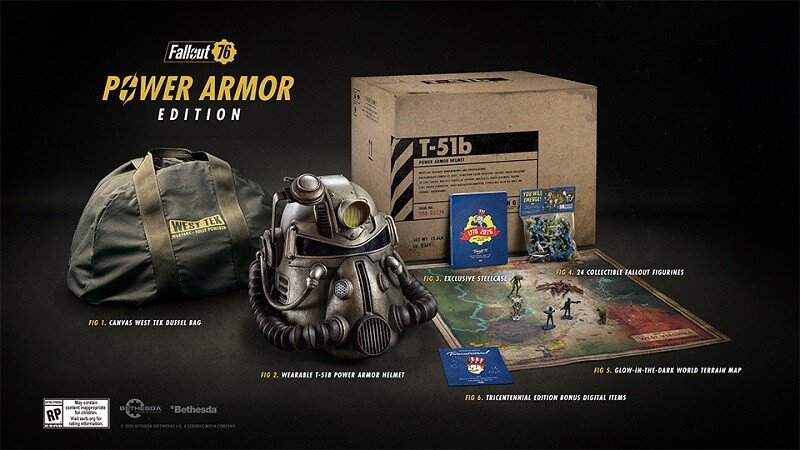 There’s already enough controversy surrounding Fallout 76, but now there’s even more for fans to be angry about. This has to do with the game’s Power Armor Edition, which was originally advertised as including a Canvas West Tek Duffel Bag. However, customers did not get what they paid for and instead got a bag made out of a cheap-quality nylon.

Bethesda changed the Power Armor Edition’s description to reflect this change in material, but this was after many had already pre-ordered it. This has rightfully caused an uproar, and now the company is doing what they can to minimize the damage. They posted an apology, but it was not well-received. They posted the following on Reddit (via DualShockers):

“The Bethesda Store’s Support member is a temporary contract employee and not directly employed by Bethesda or Betehsda Game Studios. We apoligize to the customer who took the time to reach out. The support response was incorrect and not in accordance with our conduct policy. Unfortunately, due to unavailability of materials, we had to switch to a nylon carrying case in the Fallout 76: Power Armor Edition. We hop this doesn’t prevent anyone from enjoying what we feel is one of our best collector’s editions.”

They have since edited the post to add that they are going to provide 500 Atoms to Power Armor Edition purchasers, as that apology post really only aggravated fans even more. 500 atoms likely won’t do much to change anything, as that only comes out to $5 worth of in-game currency.

Fallout 76 is available for PlayStation 4, Xbox One and PC. The company recently posted an update revealing that millions of players are playing the game, despite the countless issues that the game has.