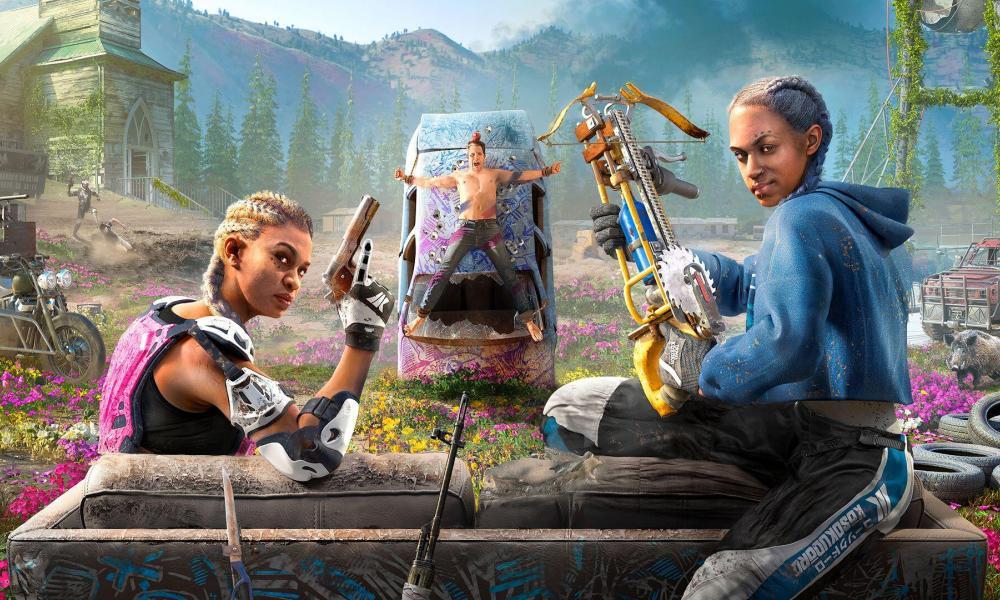 The recent announcement of Ubisoft’s latest drop in the Far Cry series, New Dawn, came as a pleasant surprise as the reveal trailer lit up the internet. However, fans of the series are still digesting the thrilling Far Cry 5 release, as well as the many DLC packs to back up the entire experience.

While New Dawn is a direct sequel to the concluding events of the most recent release in the series, and a release planned for less than a year after that of Far Cry 5 — are we receiving this new delivery in the series way too early?

After all, Ubisoft has expanded on previous Far Cry titles before, with Blood Dragon adding more to Far Cry 3 and Primal subtly expanding on the map of Far Cry 4. However, both Primal and Blood Dragon releases came out at least more than a year after their main tie-ins. This allows more fans to experience the main iteration first, and also helps negate any more than necessary would-be spoilers that the expansion will inevitably create.

Also adding to the current speedy release schedule is the fact that a large chunk of Far Cry players have moved on to other titles for the time being. The industry needs more variation over the course of the year in hopes of keeping existing fans from growing worn out from a current IP. We’ve seen it happen with other Ubisoft series, such as Assassin’s Creed, so why does the worldwide publisher feel the need to pile on what seems like more of the same so soon?

While the post-apocalyptic world of Far Cry New Dawn definitely demands attention from fans of the series, and an expansion on the riveting story found in Far Cry 5 is worth a sequel — especially after that cliffhanger ending — it’s hard not too feel a bit overwhelmed with the amount of content being shoveled our way.

Regardless, Far Cry New Dawn is ready to hit early next year and actually looks like a promising release in the series. The unique post-apocalyptic setting is a first in the over decade-long series, so it will be interesting to see just how the team behind New Dawn will handle the often dreary theme.

With the release of Far Cry New Dawn confirmed for February 15, 2019 for the PS4, PC and Xbox One, whether we’re ready or not, we’ll be able to jump into the new world of Hope County created by the ending events of Far Cry 5.