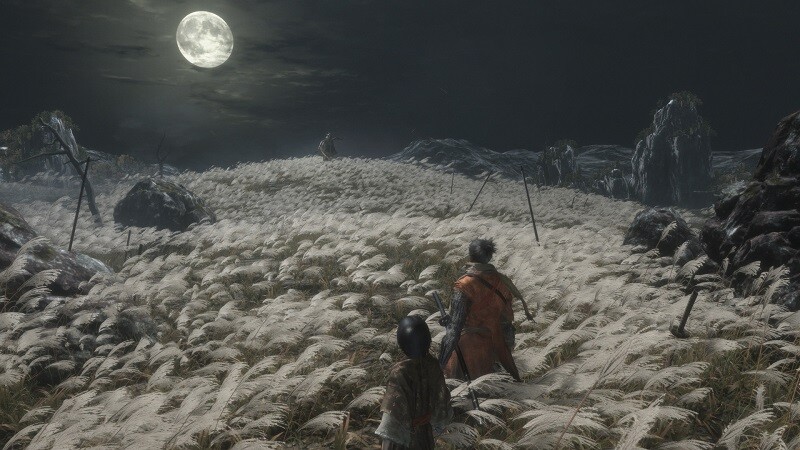 The new IP from Dark Souls developer FromSoftware, Sekiro: Shadows Die Twice, finally debuts tomorrow. While it’s definitely going to be a departure from the Soulsborne formula that they’ve championed for the past several years, it still retains that series’ brutal difficulty. Those looking to jump in will want to know the download file size, and we have that information for all platforms.

First up we have the PS4 version of the game, which sports a 12.5 GB file size. Next up is the Xbox One version, which has a slightly larger 12.75 GB file size. Finally, we have the PC version of the game, whose file size is about double that of the console versions at 25 GB. Of course, day one patches will increase these sizes slightly, but this at least gives you a ballpark number to work with when it comes to figuring out whether or not you need to clear out space on your hard drive.

“In Sekiro: Shadows Die Twice you are the “one-armed wolf”, a disgraced and disfigured warrior rescued from the brink of death. Bound to protect a young lord who is the descendant of an ancient bloodline, you become the target of many vicious enemies, including the dangerous Ashina clan. When the young lord is captured, nothing will stop you on a perilous quest to regain your honor, not even death itself.

Explore late 1500s Sengoku Japan, a brutal period of constant life and death conflict, as you come face to face with larger than life foes in a dark and twisted world. Unleash an arsenal of deadly prosthetic tools and powerful ninja abilities while you blend stealth, vertical traversal, and visceral head to head combat in a bloody confrontation.”

Sekiro: Shadows Die Twice will launch for PS4, Xbox One and PC on March 22.