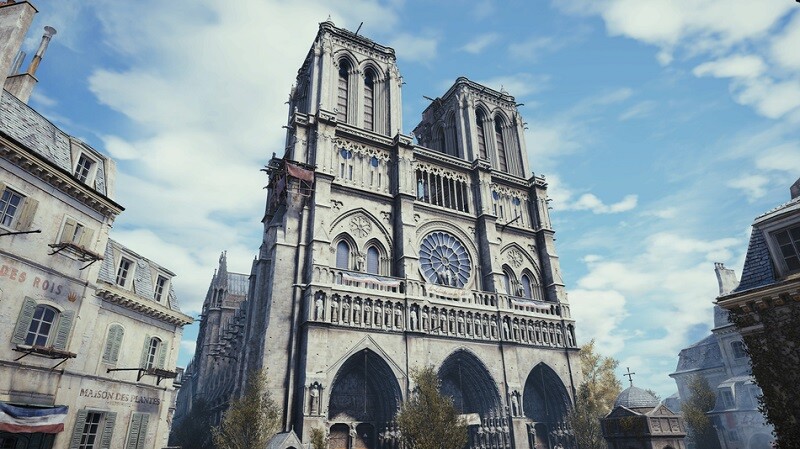 Unless you’ve been living under a rock, you’ve likely heard about the devastating fire that broke out in the Notre Dame Cathedral in Paris recently. The exact cause of the fire remains a mystery at this point, but regardless it has left millions around the world stunned and heartbroken.

For those who are unaware, a full replica of this incredible cathedral was featured in Assassin’s Creed Unity, allowing players to get up close and personal with just about the entire thing. So, in light of the recent fire, Ubisoft is allowing all gamers to download the game entirely free for a limited time to “experience the majesty and beauty of the cathedral” on PC.

As for how long the game will remain free, the game’s free period began on April 17th at 10:00 am and will end on April 25th at 3:00 am (your local time). Just download it on PC through Uplay and it will be in your library forever.

To bring more awareness to this horrible event and to try and help out, Ubisoft will be donating to the restoration effort and also encourages others to do the same.

Assassin’s Creed Unity originally launched back in 2014, and brought a big shift to the series. It was the first game to have four-player co-op, though this feature didn’t work well and there were loads of technical issues that plagued it for a long time. However, in its current state the game is actually very solid and has a very enjoyable campaign.