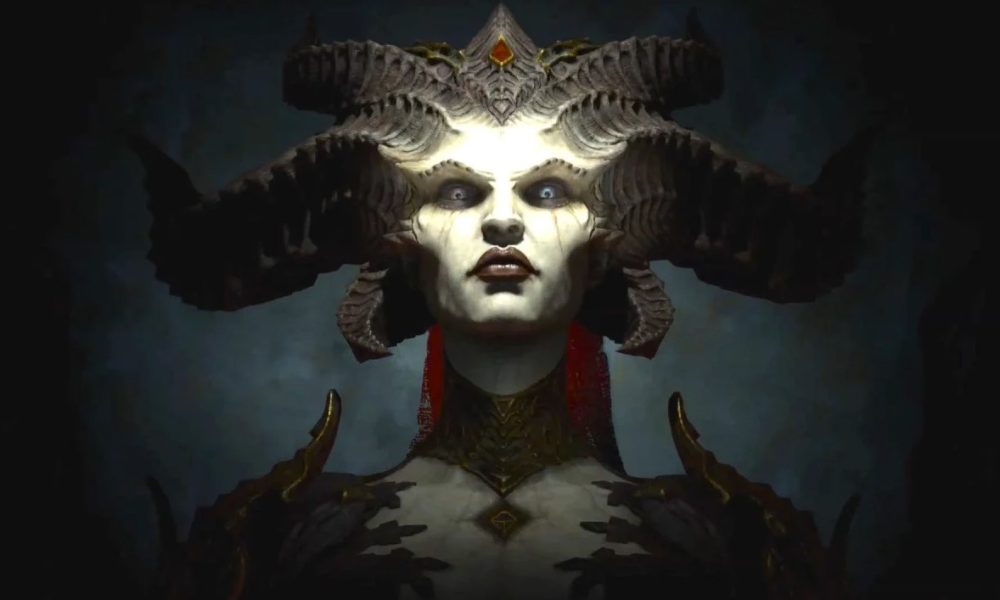 We’ve spent about 20 hours with a Diablo 4 preview build on the PS5 over the past week or two, with nearly complete access to a sizable (and primarily snowy) portion of the game’s open world area. We have a good understanding of what the upcoming action RPG is about thanks to the main story missions and a variety of side tasks that it includes.

The gist of it is that Diablo 4 is more ambitious in scope than Diablo 3, while yet being more “grounded” than Diablo 3. There’s no denying that it still has that Diablo feel to it, but this is Diablo in the style of a more conventional role-playing game as you go from village to town to city, helping people with their issues and slaying various creatures in the process.

Even if there are still hub places, the emphasis in this much anticipated sequel is clearly on exploration. In the build we played, Kyovashad served as our main port of call. Once more, Diablo 4 takes place in an open environment filled with wandering packs of monsters, randomly generated incidents, and despondent task givers. You are completely free to go and do whatever you like, while some areas require a higher player level than others to avoid being torn apart by much more powerful enemies.

From what we’ve experienced thus far, the game does a fantastic job of luring you off the usual road. Thanks to a map that’s dotted with dungeons and sites of interest, purposely luring you away from your current objective marker, it can occasionally feel like an isometric version of Skyrim. Without even mentioning the all-important loot that can be collected in treasure boxes and dropped by defeated adversaries, of course.

Even though we were playing an incomplete and content-limited build, we couldn’t help but care about how our character developed. As the game keeps you hooked with equipment drops and a nearly continual influx of experience points, Diablo’s addictive tendencies are immediately clear. Even the skill tree’s branching structure entices you, making it necessary for you to select between various powers and then several variations of those abilities. It won’t take long for you to start considering progressively powerful character builds and to reset your skill point allocation for a little amount of gold before committing to a whole different and fascinating style of play.

Yes, there is a ton of room for experimentation here, especially since you are always free to stray into the open world and test your fighting skills in an unrestricted manner. Only the Barbarian, Rogue, and Sorcerer character classes were available to us, but each of them feels as distinctive as you’d imagine, and that only becomes more and more obvious as you go through the aforementioned skill trees.

Level 25, though, was the upper limit in this test edition, so we could only catch a glimpse of what a super-strong protagonist may play like. However, we can agree that Diablo 4’s fighting clearly has a more tactical element. The fact that combat don’t only involve you comparing your stats to those of your adversary, at least not in the early going, is possibly the largest departure from Diablo 3. You’re still using your powers and making the most of your equipment, but since there is no automatic health regeneration, you must employ healing potions when the going gets tough.

Thus, efficiency is key in combat. The game’s new dodge system comes into play in this situation since it can make all the difference in how you position yourself before using a high-damage ability. Dodging must now be used sparingly because it has a five-second cooldown, such as when you have no choice but to avoid a boss’ special attack. The fights in Diablo 4 have a much more methodical flow as a result, and everything also seems heavier. Not to the point where responsiveness is hindered, but you’ll notice the extra crunchiness if you’re experienced with Diablo 3’s arcade-like style.

The animations reflect this heaviness as well. Each hit packs a punch, and the visual effects may be absolutely satisfying. A prime example of this is the Barbarian’s “Upheaval” ability, which allows the fighter to rip through the ground with a two-handed weapon while tossing chunks of rock and dirt in the direction of the enemy. The entire animation, especially as the projectiles crush your enemies, is pleasingly cruel.

The fact that Diablo 4 feels fantastic to play, especially at this early level, is what matters most. There is a wonderful sense of rhythm when you are cleaving through hordes of foes once you have earned a suite of powers that you can mix and match.

However, facing off against bosses hasn’t been as satisfying. Big monsters feature distinct attack patterns and substantial health bars in an obvious attempt to distinguish true boss battles from simple skirmishes. That’s not very novel for Diablo, but the bosses we faced in this preview build tended to focus on awkward bullet hell-style sequences. These portions were frequently difficult to read and had questionable hitboxes, which is not ideal if you only have a few health potions available.

Aside from these occasionally awkward encounters, Diablo 4 has been a blast during our brief time with it. Hopefully the boss fights are fixed prior to the release of the full game. While the transition to an open world structure seems to have given the experience a deeper respect of the scenery, its addictive treasure and character growth mechanisms still seem to be in place.

This fourth installment of Blizzard’s enduring franchise resembles both Diablo 2 and Diablo 3 in several ways. It’s both the former’s love of fantastical terror and the latter’s attitude to brisk combat and possibly dizzying power trips. This is particularly true of the game’s primary story, about which we can’t disclose too much but which unquestionably leans toward the darkest aspects of the franchise. This is also supported by the art direction; although it is an unabashedly dismal journey, it is all the more captivating for it.

So, keep an eye out for Diablo 4 in 2023. Long-time players may not enjoy some aspects of the game right first, such as its MMO-like shared player hubs, but this feels like a logical step for the franchise, replete with assurances of long-term, live service support. As always, the proof will be in the eating, but based on everything we’ve seen and experienced in Diablo 4, we’re beyond excited.

Zach RileyJanuary 31, 2023
Read More
Scroll for more
Tap
Before the Game Awards, the Diablo 4 release date may have been leaked
Simply by playing PS Plus games, you can earn 100 PS Stars points