Episode 4 of Guild Wars 2: Heart of Thorns Is Out Now 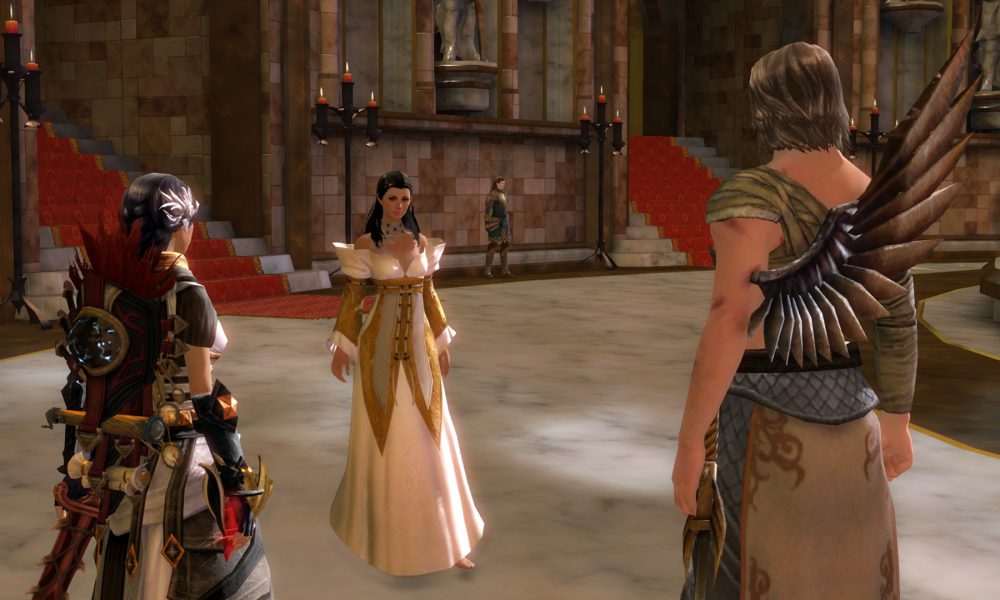 Episode 4 of Guild Wars 2: Heart of Thorns Is Out Now

One of the main aspects that attracts players to Guild Wars 2 is the idea of a living story. Regular content releases bring forth events that shape and change the world, making Tyria feel like a living, breathing environment with real issues that occur. One major shift back a few years ago was the actual destruction of the city Lion’s Arch. It’s rare that a development team will take the initiative to actually destroy an environment that they’ve built, but all in all this style of development seems to have paid off for Arena.net

Episode 4 of Guild Wars 2’s first expansion, Heart of Thorns, has released and is titled “The Head of The Snake”. In a press statement, Arena.net explained what players can expect from this latest release:

“Treachery is afoot in the world of Guild Wars 2: Heart of Thorns and now it’s time for the next chapter of Living World Season 3 to uncover the mysteries of The White Mantle’s betrayal. Living World continues today with Episode 4, “The Head of the Snake,” which is now live. Caudecus Beetlestone’s depraved White Mantle faction continues its efforts to bring Kryta to heel. Her Royal Majesty, Queen Jennah of Kryta, requests players’ presence in Divinity’s Reach — help her root out corruption in the Ministry before crisis strikes.”

Heart of Thorns was the first content in Guild Wars 2 to feature Raids, and raiders will be happy to hear of the addition of a new raid wing along with this content release. Known as “Blood of the Penitent”, the raid takes players through a portal opened after a mysterious explosion at Blood Stone Fen. Join Priory Scholar Glenna to explore the forsaken place and discover what mysteries lie beyond the portal.

This update features a whole host of other tweaks and fixes, and those wishing to read the full patch notes can do so here. Games that haven’t gotten a chance to experience Heart of Thorns can do so for 50% with a sale on the expansion pack on Arena.net’s official site. Though this new content is intended for max level players, each Heart of Thorns purchase comes with a free level 80 boost that will allow gamers to get right into the action.