Earlier this week, we covered how Rocket League’s fourth competitive season would start on March 22nd. During that time, the only changes to the ranked format would be different division tiers. Turns out there’s a lot of competitive tweaks and fixes as revealed, by developer Psyonix, today.

The already announced Division Titles will remain intact (Bronze, Silver, Gold, Platinum, Diamond, Champion, and Grand Champion), but the tiers will differ. There will now be four instead of five. So if you’re in Gold division, you’ll only have to make it past I-IV tiers instead of I-V. The Grand Champion rank specifically will be more exclusive though.

Based on the feedback we received regarding the Grand Champion rank during Season 3 recalibration, we have taken the following steps for Season 4:

Champion I, II, and III includes players of skill ranging from Champion to low-end Grand Champion from Season 3.
Grand Champion has been made more exclusive and given a distinct icon above the Champion ranks. It will not be quite as difficult to obtain as the original Season 3 version, but significantly more difficult than post-calibration Season 3.

Your skill level will once again reset, but much softer this time. Say goodbye to the complete wipe and hello to previous season ranking standings. This way there won’t be any poor match quality. You’ll still have to play another ten placement matches however. It’s very possible you’ll end up in the rank beneath where you’re at now.

Psyonix also revealed a change to the Matchmaking Rating (MMR). No longer will your skill level be estimated in tandem with an “uncertainty” factor. Only your skill level from now on will be a contributor to ranked matchmaking. Good players won’t have to worry about playing under-ranked games thanks to this effect. (Thank whatever you believe in am I right?) In short, faster and more reliable matchmaking.

Finally, Season 4 will be shorter and tweaks are coming to Neo Tokyo and Arena based maps. Most importantly, the two types of levels won’t appear in competitive play anymore. Something that has been a long time coming. Other than ranked matches, if half of the players in a server dislike either map, it will appear 50% less often. If a player likes a map and another doesn’t it will appear as often as normal. If all players dislike it, the maps will never appear during the time spent in that server.

Screwups and mishaps aside, you have to hand it to Psyonix on constantly crafting their creation to the community’s liking. What are your thoughts on the upcoming changes? Do you still plan on playing on the ranked playlists? Let us know! 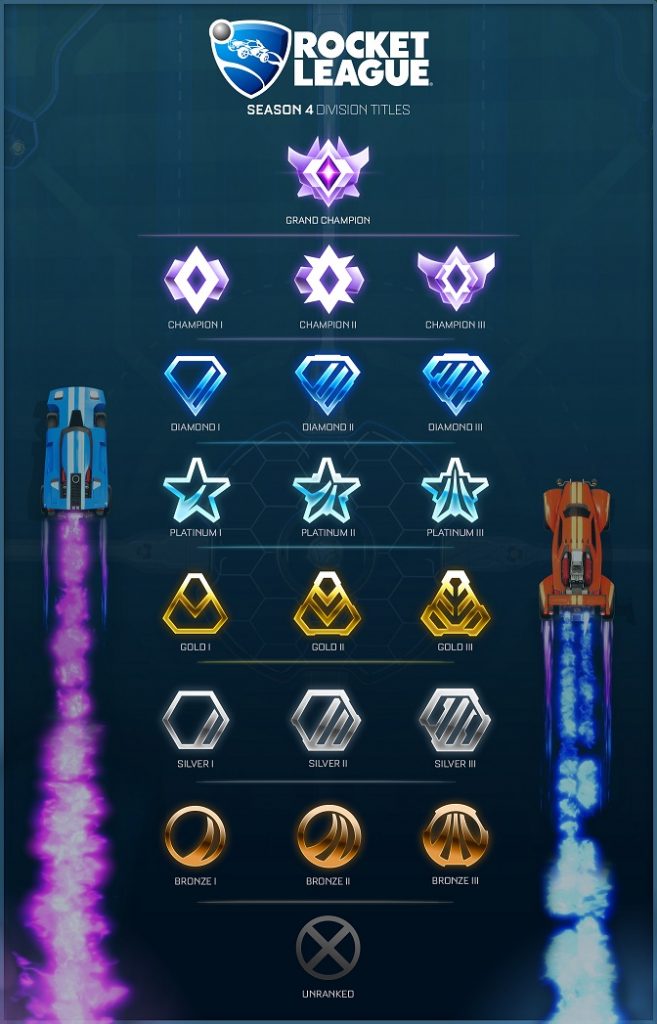