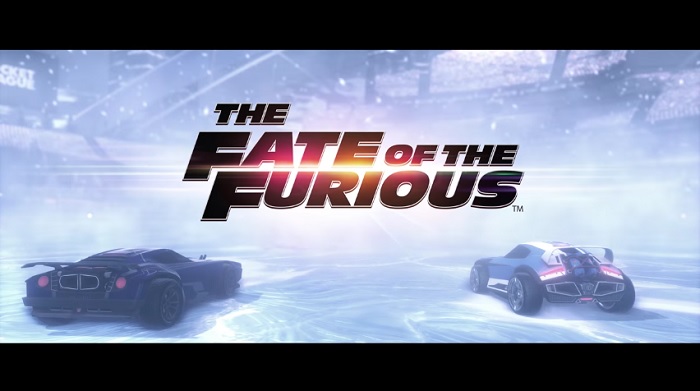 Rocket League is all about cars. Rocket League is popular. Thus, Rocket League and cars from popular culture go together like fluff and peanut butter. (It’s a New England thing.) Anyway, Psyonix’s soccer-car hybrid is no stranger to licensed brands. There’s the Back to the Future DeLorean, actual Hot Wheels models, and the goddamn Batmobile to name a few. Now Dom’s, the main character from The Fast and the Furious’, Dodge Charger will grace itself on the likes of Manfield.

The announcement comes on the toes of the eighth Fast and Furious’ release (The Fate of the Furious). The movie will drop on April 14th while the Rocket Powered Battle Car will be available on April 4th. Also, yes that was a reference to Rocket League’s predecessor. The movie follows Dom’s apparent betrayal against the Fast and Furious crew we’ve come to know. But let’s be honest, no humanoid ape goes around screaming ‘FAMILY’ for seven movies and turns on its loved ones.

The announcement trailer above shows the Dodge Charger taking names and looking cool. However, what the footage doesn’t show you are the car’s customization options. It will come with those sweet exclusive wheels and rims and has six different paint schemes: Clean Cut, Crazy Sandwich, Flames, Rakugaki, Rally, and CCCXL. No other additions as licensed cars usually have little in the way of changes because…well, they’re licensed.

Expect many kids and adults alike to shave their heads, put on a white tank top, scream ‘FAMILY,’ and purchase this car for demolitions on the field. Hit us up with your thoughts on the latest licensed arrival to the world of Rocket League. Do you plan on seeing the latest Fast & Furious flick? Let us know in the comments!

Mike GuarinoMay 13, 2020
Read More
The first trailer for upcoming It movie is here
Legend of Zelda: Breath of the Wild’s Patch Notes Are As Vague As In-game Instructions