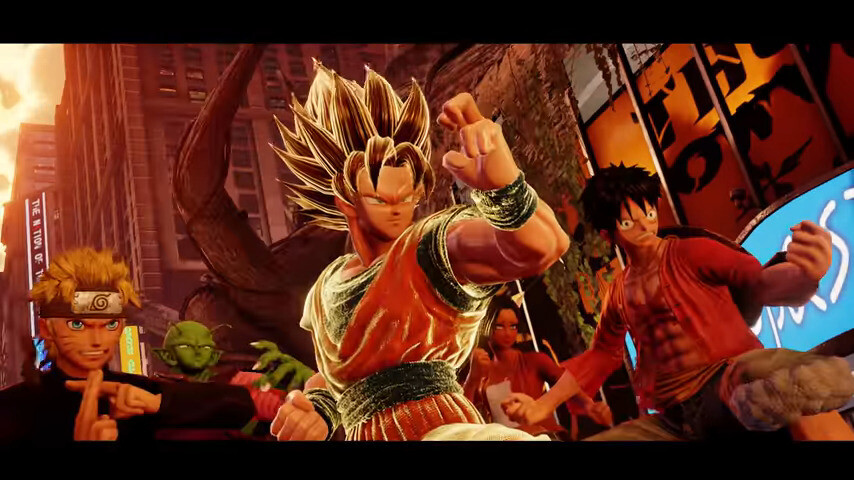 While the upcoming manga mash up fighting game, Jump force, has been busy revealing plenty of added characters from all over the Shonen Jump universe to it’s roster, there still hasn’t been much in terms of what to expect from the story. Well, with the latest trailer we finally get some much-needed details on what to expect when the numerous anime worlds collide.

The story will have players fill the role of the newest member to join the villain fighting hero group known only as, Jump Force. Players will use deep customization options to create their own manga star, equip them with powerful skills and take on the evil forces invading the world of reality. Across the entire story you’ll run into, pair up with and fight against tons of familiar faces from all over the manga universe.

The trailer goes on to show off the character customizing options which include a plethora of cosmetic alterations and plenty of unique abilities for your hero to learn. It seems players will unlock new costumes for their avatars, as well as new enticing skills to keep your hero strong when up against the likes of villains like Frieza from the Dragon Ball Z universe.

Bandai Namco also laid out a tweet which reveals a few new faces be added to the playable character roster. Trunks from DBZ, Renji Abarai from Bleach, Deku from My Hero Academia and Boa Hancock from One Piece have all been confirmed for the upcoming mash up brawler.

Fight As Nier: Automata’s 2B In Latest Soulcalibur VI DLC
Update: Ubisoft Crosses Over Assassin’s Creed and For Honor In New Timed For Honor Event