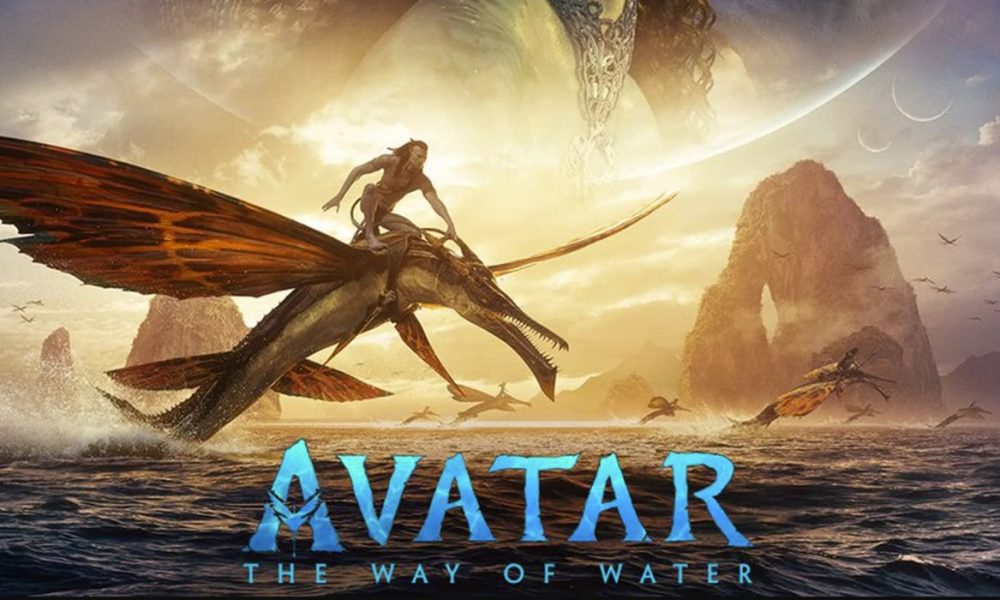 James Cameron was king of the bigger, better, and more contentious sequel blockbuster before he was crowned King of the World. Avatar: The Way of Water comes near enough to retain that reputation, even if his eagerly anticipated return to Pandora can’t rival Aliens or T2 for targeted tanker-weight efficiency. And it certainly knocks the flying fish off of Piranha II.

Will it become a $2 billion club member as Cameron suggests it must? We’ll see, but it’s undeniably flawed yet full of flavor (to paraphrase Guillermo del Toro(opens in new tab)). “MOVIE-MOVIE” is a sometimes strange, always magnificent sensory hit with a thematic thrust that is pleasingly genuine with an undercurrent of soft feeling. Untangling some of the story lines might require numerous viewings and three more movies. But Cameron is the best person to make the case for going to the movies again and again.

Cameron doesn’t spend much time setting the scene because the majority of people have already been to Pandora. The first scene quickly parachutes into Pandora’s rainforest, where Jake Sully (Sam Worthington) and Neytiri (Zoe Saldana), who have turned completely Na’vi, are now raising their growing family. They have three biological children: Tuktirey, Neteyam (Jamie Flatters), and Lo’ak (Trinity Bliss). Then there are the adoptees: Spider (Jack Champion), a feral human orphan orphaned by war, and Kiri (Sigourney Weaver), a type of offspring of Grace’s avatar (from the original Avatar).

Jake feels that defending his family gives him meaning. The Sully family seeks safety among Pandora’s sea clans when the evil Colonel Quaritch (Stephen Lang) reappears in (completely explained) “Recombinant” avatar form seeking “payback” for his demise. Jake hovers firmly over his tearaway brood in this instance. But how long can they evade Quaritch’s new blue marines? And isn’t knowing how to manage risk an important learning curve?

While Cameron’s bare-bones setup showcases his pulp punch as a writer, it also demonstrates his astounding skill as a world-builder. This time, Cameron doesn’t give much opportunity to pause and take in Pandora’s plant life. The lush jungle suddenly seems inhabited and alive. However, the RDA (Resources Development Administration) has grander plans for Pandora, even though life on Earth is hardly sustainable at this point. Their base of operations is a small metropolis with cutting-edge technology like robotic spider “swarm assemblers” that can create structures in a matter of days. Cameron makes sure you can sense the destruction left behind when humanity arrive on Pandora.

The Way of Water definitely has the WOW factor in terms of CG. Thirteen years later, Avatar’s spectacle-cinema upgrade has been surpassed. Hair and skin gleam; flames and dust particles transfix. The great revelation this time is the reef, which is home to the Metkayina clan, just as Avatar took time to introduce viewers to Pandora’s funky wonderland. The aquatic realm is vivid, sensual, and tranquil. The sense of weightlessness immersed in the waves reveals a new, sensitive grace in Cameron’s direction as the 3D visuals shimmer in time with Simon Franglen’s ringing score. He instills respect for the ocean in addition to entranced love because the waves are both seductive and hazardous. And the sensation of anguish is overwhelming when their residents are mistreated.

Cameron expertly balances thematic, narrative, emotional, and character strands while dazzles your eyes. Jake’s instinctive need to save his children creates danger as a thematic pattern; from the opening monologue on, Cameron treats the theme like a dorsal fin to cling to through stormy story waters. This is somewhat reminiscent of Finding Nemo.

Casting-wise, Saldana and Kate Winslet (as Ronal, the co-leader of the Metkayina tribe) are a little too much in the background, but Worthington shines as the former Na’vi trainee turned training-on-the-job father. Weaver bridges the age gap between actor and character by touchingly projecting Kiri’s feelings of exclusion and sulky eye-rolls through the mo-cap. Dalton, one of the fantastic young actors, gives bonding scenes with the whale-like Tulkun heart when they otherwise may have seemed a bit Free Willy. Additionally, Champion dispatches the Newt-like Spider, whose subplot expands on Cameron’s family-related ideas.

Although it’s unfortunate that his toxic spiel (“science pukes,” etc.) sounds familiar, the returning Lang adds explosive wrath. Cameron doesn’t spend any time brushing up on Avatar, but he occasionally uses well-known beats. The Sully clan’s water-training reworks Jake’s previous Na’vi training, while marine animals like the “ilus” are reimaginings of the “ikrans” from Avatar. When a character moans, “Can’t believe I’m tied up again,” you wonder if a little editing could have been advised. Cameron even repeats himself a little bit within the movie.

Another minor issue with the plot’s stop-start nature is how some characters’ difficulties seem to go away for long lengths of time. Cameron, though, harnesses prior career highs into a blast of full-bore, high-stakes extravaganza at the film’s climactic point to remind you who’s in charge. The Abyss’ strange wonder, Aliens’ kid danger, Titanic’s aquatic horror show, and T2’s technology are all there and have been enhanced for tension, action, and emotion. Some loose tale threads leave more questions than answers when the fire is out. However, there are three scheduled follow-ups. Even after three hours and more, Cameron’s return leaves you wanting more.