Is World of Warcraft in 2017 Worth Your Time? A Legion Retrospective 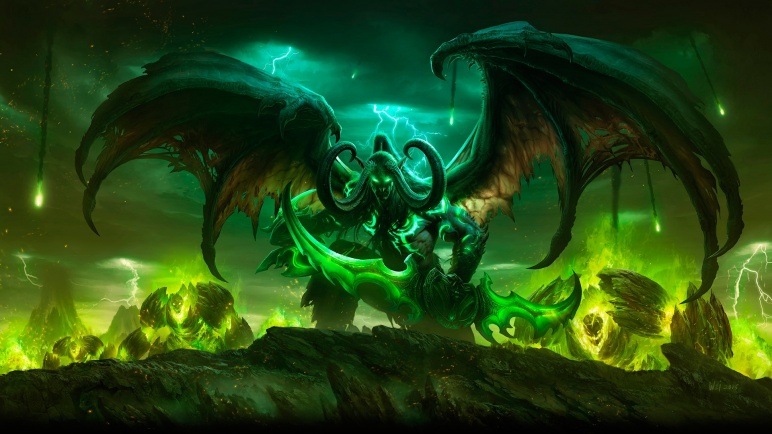 Is World of Warcraft in 2017 Worth Your Time? A Legion Retrospective

While World of Warcraft is by no means the first MMO, it’s indisputable that Blizzard’s behemoth of a game has been the most successful iteration by far. WoW really brought MMOs into the mainstream and defined what a modern, successful online game entails. That said, the game is not without its issues. After 6 expansions, Blizzard has had plenty of time to keep improving on the game, but there remain some problems that plague the game to this day. Is World of Warcraft in 2017 worth your time? We take a look at the current state of the game and Blizzard’s plans moving forward to determine if WoW still “has it” or if it’s a “has been”.

Coming off of Warlords of Draenor, Blizzard had a lot to prove. Though the company has stopped providing exact subscriber numbers, it was clear as someone who played the game frequently that World of Warcraft was hemorrhaging subscribers pretty quickly throughout the expansion. Due to most resources being funneled into development for the Legion expansion, raiders were left with over a year of farming the same raid again and again. If I never set foot in Hellfire Citadel again I’ll be perfectly happy! The lack of content combined with the unintentional isolation of players introduced with Garrisons were just a few of the problems with Warlords of Draenor. Does World of Warcraft in 2017 address these issues? For the most part, yes.

With World of Warcraft Legion, Blizzard has committed to providing more regular content updates. They stressed that the expansion cycle might be a little longer than it was previously, but that’s a fine trade off if we can avoid the dearth of content we experienced near the end of Warlords of Draenor. The company laid out the plans for World of Warcraft in 2017 and beyond, and committed to a release schedule of big patches with smaller patches in between. The big patches will include huge content releases like raids and dungeons, while the smaller patches provide balance fixes and more “fun” features.

Blizzard has made good on their release schedule so far, providing regular content updates and releasing content quickly (in some people’s opinion, a little too fast!). The developer went a little overboard, however, in making sure people constantly have something to do. World of Warcraft in 2017 is more of a grind than it has ever been in the past. While in previous expansions, you stopped doing dailies when you reached exalted with the faction you were working on, there’s a never ending stream of quests to do and there’s always a reward for them. The reward, however, is artifact power – a system which I dislike pretty strongly.

For those who are unaware, in World of Warcraft Legion, players wield an Artifact Weapon – an iconic weapon with accompanying class and spec flavor. Players keep the same weapon the entire expansion and continually upgrade it and increase its power using artifact power. Currently there is a cap on how much artifact power you can dump into empowering your weapon, but it takes a lot of dedication and grinding to get there. While previously, high-end raiders just had to worry about keeping their gear up to date, they now have to spend all day grinding world quests and mythic+ dungeons to keep on the cutting edge of damage or healing.

Speaking of Mythic+ dungeons, that’s another thing I feel Blizzard did right with Legion. World of Warcraft in 2017 now has an “endgame” of sorts for small groups. By doing dungeons with dangerous affixes and increased difficulty, players who don’t want to commit to a raid team can now receive gear similar or even exceeding raid gear item level. Of course, you’re not going to get your tier pieces out of a Mythic+, but it’s still a good alternative for non-raiders and a great supplemental activity for those who do raid. Other than the elitism of the community making it very difficult to actually get a group, I think this feature was implemented well.

While Blizzard definitely improved a lot of stuff with Legion when you compare it to Warlords of Draenor, they kept some leftover mechanics i wish they’d remove. World of Warcraft in 2017 still has a “garrison” of sorts. You see other players in your class hall, but there’s still the annoying follower mechanic with garrison quests. I personally haven’t even bothered leveling up my followers more than absolutely necessary because I really really hate the mechanic. I think a lot of people weren’t huge fans either, so I’m not 100% sure why they kept it in.

So the big question: Is World of Warcraft in 2017 worth it? I’m honestly not sure. I’m still playing largely because I have a guild I really enjoy playing with, but the endless grind for artifact power has really turned a lot of my friends away from the game. What at first seemed like a huge amount of neverending content quickly turned into a long grind that makes me dread logging on. The raiding is fun and I enjoy playing my class (Holy Paladin), but I don’t find myself logging on except for my raid nights.

If you’re really into the game and really want to focus on maximizing one character without running out of things to do, World of Warcraft in 2017 is probably designed with you in mind. If you hate a grind, you might want to hold off on Legion for now.

Regardless of the issues with the game, World of Warcraft is no doubt a polished experience that offers a huge amount of content. It may start to run into issues where longtime players start to tire of the grind, however, if Blizzard isn’t careful.