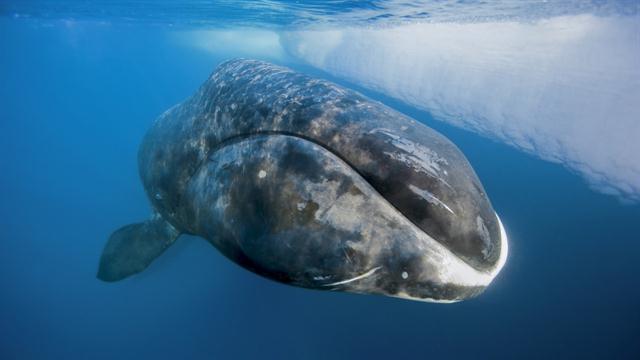 A lot of people complain that life is short and passes by quickly, but actually, our life expectancy is quite a bit higher compared to those of many other species of mammals. Generally speaking, human beings live about 70 years or so on average according to worldwide statistics, which is not that bad all things considered. However, there are some species that can outlive us by quite a bit and their genes may hold the secret to increasing our own life expectancy some day. One such species goes by the name of Balaena mysticetus, although most people likely known it as the bowhead whale. This marine animal can live longer than 200 years and is widely considered to be the longest-lived mammal on Earth.

Aside from the very long lifespan, another interesting fact about this species is that it seems highly resistant to age-related diseases and various forms of cancer. The secret behind the whale’s long and healthy life can be found in its genes according to the researchers who recently conducted a study on them. The exact purpose of the study was to unlock the bowhead whale’s genome and find out what makes it tick, so to speak. The scientists learned that the high life expectancy comes as a direct result of the animal’s ability to more efficiently repair damaged DNA and stop abnormal cells from dividing any further. In other words, the bowhead whale has genes that are better at repairing themselves compared to humans and other species of mammals.

It’s unclear if this is a more recent adaptation or if this was always the case, but the important part is that these findings might help us increase our own life expectancy. Researchers believe that by identifying these genes, they may one day have a shot at applying that knowledge to the human genome and make it more resistant to age-related diseases and cancer. “We hope to learn what is the secret for living longer, healthier lives and may be able apply this knowledge to improve human health and preserve human life,” says João Pedro de Magalhães, one of the researchers who participated in the study.