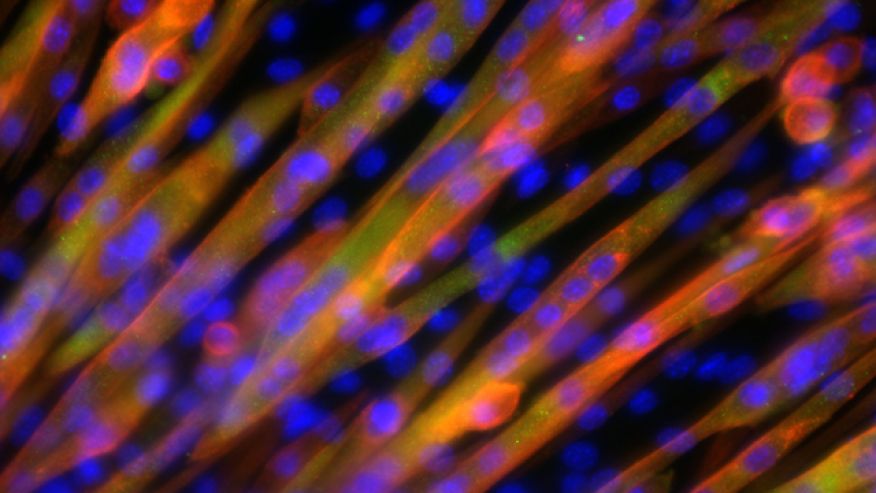 The good folks over at the Duke University research facility in North Carolina have achieved yet another medical breakthrough less than a year after they managed to grow animal muscle tissue that was able to contract, as well as heal itself. This time around, the researchers were able to successfully grow the first-ever bioengineered human skeletal muscle tissue that’s also very similar to the real thing. The lab-grown tissue has multiple potential applications, but its main use will be to test various new treatments without the need of human subjects. The scientists also hope to learn more about muscle-related diseases and potentially find cures for them ,according to professor Nenad Bursac.

As you might imagine, the whole process took a very long time and was not an easy thing to achieve. Although the scientists already had plenty of experience thanks to their earlier work with animal muscle tissue, it still took them a year before they were able to successfully replicate the results with human cells. Bursac and his team started off by collecting a sample of “myogenic precursors”, which he describes as being stem cells that are in the early stages of developing into muscle tissue. The professor says that this sample was then expanded more than 1000-fold and placed into a 3d mold filled with a nutrient-rich gel. The mold not only nourished the cells as they were developing, but also helped them take the familiar muscle tissue shape we all know from biology class.

The end result is a sample of tissue that responds to external stimuli in a manner that’s very similar to how our own muscles do. Specifically, the tissue will contract accordingly when subjected to an electrical impulse. According to Lauran Madden, who was also part of the research team, the lab-grown muscle tissue is able to behave just like natural muscles because their nerve signalling pathways are fully functional and intact. Madden and Bursac already tested a number of drugs on the tissue and their results match similar tests conducted on humans. The next step is to test new pharmaceutical products for some rare diseases, as well as “provide personalized medicine to patients.”

Instagram is becoming more popular than Facebook among young people according to new study
Do humans have more than five senses?