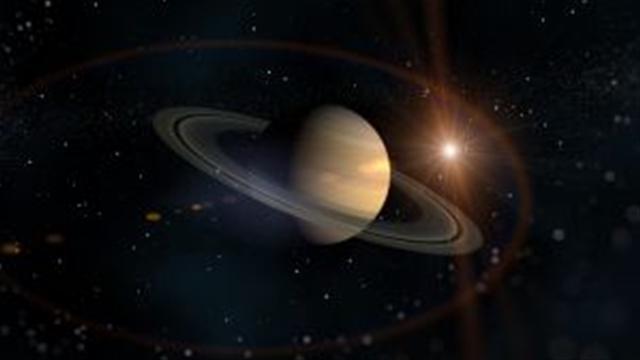 NASA launched the Cassini-Huygens robotic spacecraft back in 1997 in the hopes of learning more about Saturn and its ring system. After a long voyage of seven years, the spacecraft finally reached the planet and entered its orbit on July 2004. Now, more than 10 years later, the missions is still ongoing with the Huygens probe currently exploring the surface of Titan and the Cassini orbiter analyzing Saturn’s rings and sending the information back home. NASA managed to learn a lot over the years thanks to this mission and were kind enough to share their findings with the rest of us. The latest data collected from the spacecraft was presented during a workshop at the University of Colorado on August 15th and was used by researchers to solve a long-running debate regarding the rings of Saturn.

Many of the researchers were previously of the opinion that the ring system must have formed long after the planet itself from dust outside of the Saturn system. This hypothesis emerged from the belief that if the rings would have formed closer to the planet’s inception, than they should have gotten a lot darker by now due to the accumulation of dust particles over billions of   years. This theory might soon be dispelled because Cassini was finally able to measure the rate at which dust from outside the system is falling on Saturn’s rings and its findings are quite surprising. The data reveals that the rate is about 40 times lower than previously believed and only about 20 dust particles from outside the system land on the rings each year. This is a much smaller number than anticipated, which suggests that ring pollution actually occurs at a very slow rate.

“If the pollution problem is not as severe, then the rings could last a lot longer before they turn black,”says Philip Nicholson, planetary scientist at the Cornell University in Ithaca, New York. Now the real question is: just how old are the rings of Saturn? Well, according to these recent findings, the ring system could date back to around 4.4 billion years ago, which is a lot older than previously believed. “The rings can be three to ten times older than we used to think,” says Larry Esposito, planetary scientist at the University of Colorado, Boulder.

To make a long story short, it’s very likely that Saturn’s rings actually formed shortly after, or even during the time when the planet itself was forming. There are still some who speculate that the rings in fact formed much later from the remains of moons that were ripped apart by the planet’s strong gravity. However, even these researchers are now starting to reconsider this hypothesis in light of the recent findings. “I’m more inclined to believe the old-rings model now than before,” says Jeff Cuzzi, a planetary scientist at NASA’s Ames Research Center in Moffett Field, California.

Panoramic view of Saturn created by combining 165 images taken by the Cassini spacecraft in 2006. Image courtesy of NASA