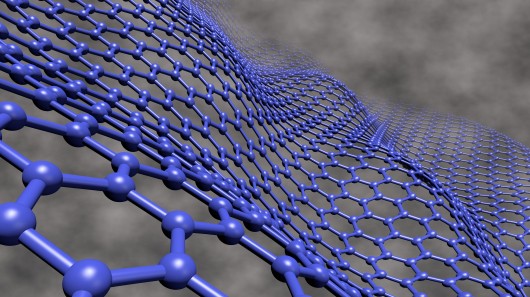 Graphene is one of the wonder-materials of the year and has been subject to various news stories across the internet many many times over the past few months. As scientists and researchers get more and more acquainted with the material, more and more technologies are beginning to use graphene as their core power-source. Although graphene is said to be the key component in batteries in the future, it has many different uses besides that. One of the more trivial uses is a simple light bulb, which would use graphene instead of the standard circuits and electrical wiring seen today. According to a BBC report, the graphene light bulb is almost ready to go on store shelves, as a consumer version of the tech has already been developed.

Scientists at Manchester University‘s The National Graphene Institute have been working hard on the new graphene light bulb, as the institute was inaugurated only this month. One of the key developments and projects of the institute was actually this graphene light-bulb, which was demoed at the inauguration of the organization. The graphene light bulb is an important step forward in technology and engineering, because besides cutting costs, the light bulb is more energy-efficient than any others and can actually last a longer time thanks to its high conductivity properties.

The light bulb has a filament-shaped LED light coated in graphene in its interior, which grants it 10 % less energy consumption compared to conventional light bulbs. Behind the engineering of the graphene light bulb lies Graphene Lighting, a Canadian-financed company whose director is Professor Colin Bailey, who is actually the deputy vice-chancellor of the university. His team has developed the graphene light bulb in order to demonstrate the practical uses of the new material and how it could influence the development of various products which rely on electricity in the future. As the world becomes more and more aware of the fact that people are consuming up our Planet and that we need to find ways in which we can conserve and save energy instead of using it up, the graphene light bulb is just a step in a long road in front of us.

According to Colin Bailey, the new light bulb should go on sale later this year and it should cost less than $22, which is the average price of conventional LED light bulbs right now. Since the technology is much more cost- and energy-efficient, we sincerely hope that adoption and commercialization of this bulb will be speedy and productive for all sides involved. Moreover, the National Graphene Institute is planning to release other graphene-based products in the near future, including false teeth, tennis rackets, skiing equipment, and even frames for cars and aircraft, according to the BBC. While we don’t know exactly when the graphene light bulb will be available on store shelves, we do have a guarantee that it will be this year, no later.