ISS Might Be Getting a Laser Cannon Upgrade for Space Debris 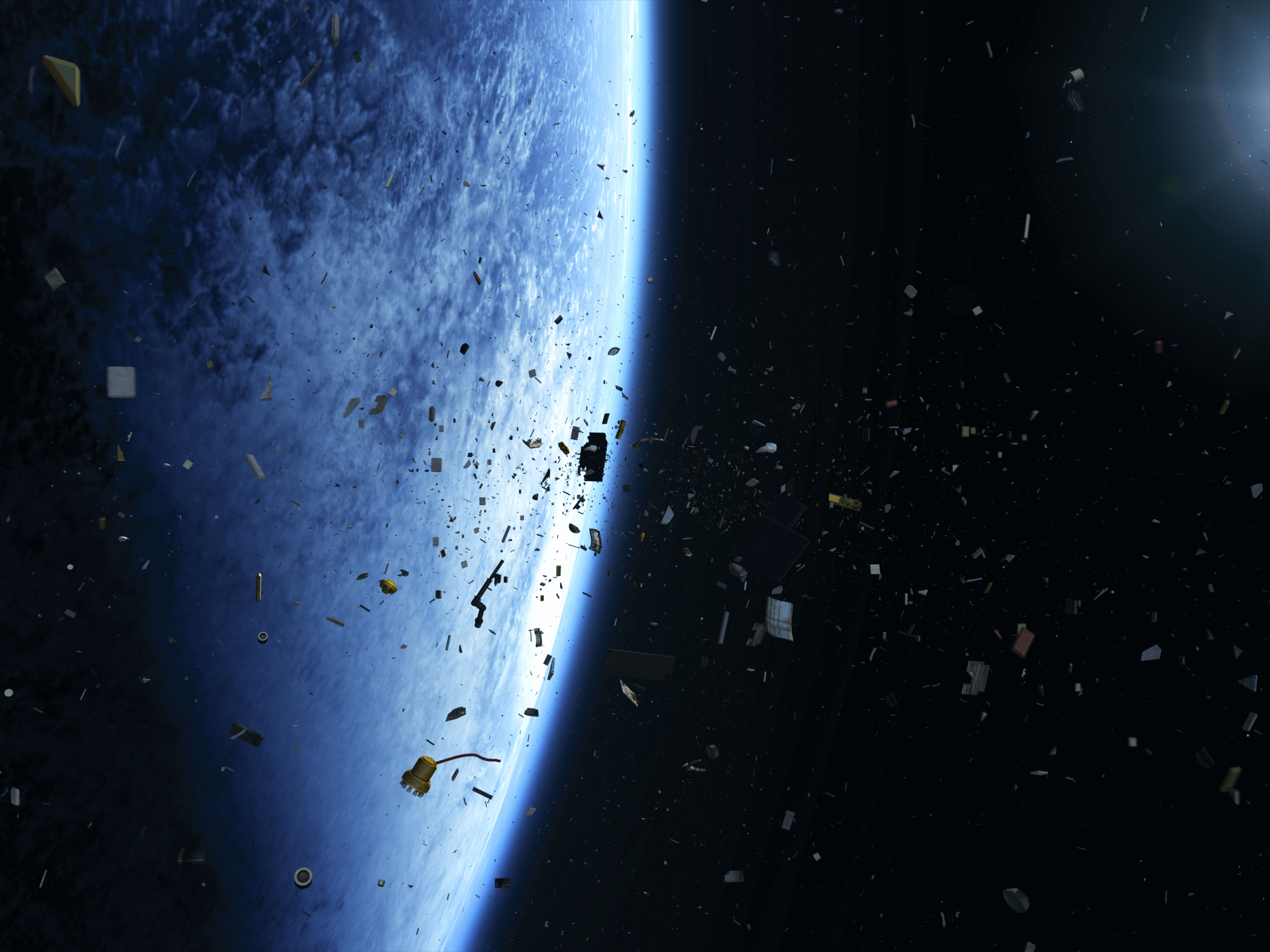 ISS Might Be Getting a Laser Cannon Upgrade for Space Debris

Space debris has been building up for years now becoming an increasingly big problem for satellites, near-Earth space missisons, and the ISS. It’s a problem that continues to grow with the amount of space junk in Earth’s orbit, raising the chance of a catastrophic collision that could lead to a chain reaction of debris dispersal. To combat the problem scientists have started to discuss mounting a laser cannon to the ISS that could destroy the most dangerous pieces of space debris.

According to researchers at NASA there is about 3,000 tons of debris in Earth’s orbit made up of defunct satellite components, rocket parts, other pieces of equipment that were broken off during collisions. Pieces of this 3,000 tons as small as a screw can be a threat since they travel at speeds up to 22,370 MPH. Thankfully those smaller pieces, measuring less than a centimeter, are not able to damage spacecraft that have shielding like the ISS. Except there are an estimated 700,000 pieces of debris in orbit that are larger than a centimeter.

Pieces 10 centimeters or larger are easy to detect and avoid but it’s the thousands of pieces in between 1 and 10 centimeters that have scientists worried. That’s why there is a discussion going on now to create a laser cannon that can be mounted on the ISS that would disrupt the debris orbit so they will burn up in the atmosphere. Scientists say that the Extreme Universe Space Observatory, scheduled to be installed on the ISS in 2017, could be used to spot the troublesome debris.

The entire idea might sound like science fiction but there is already a high powered beam under development that could do the job. Called a Coherent Amplification Network Laser, it is already in development for creating particle beams used in atom smashers. The only problem that scientific researchers see is getting the funds to to develop and launch a laser cannon. Although they believe that mounting a small scale version on the ISS as a proof concept will pave the way for a larger version. Their ultimate goal being a satellite dedicated to the removal of space debris that they estimate could eliminate 100,000 pieces a year.