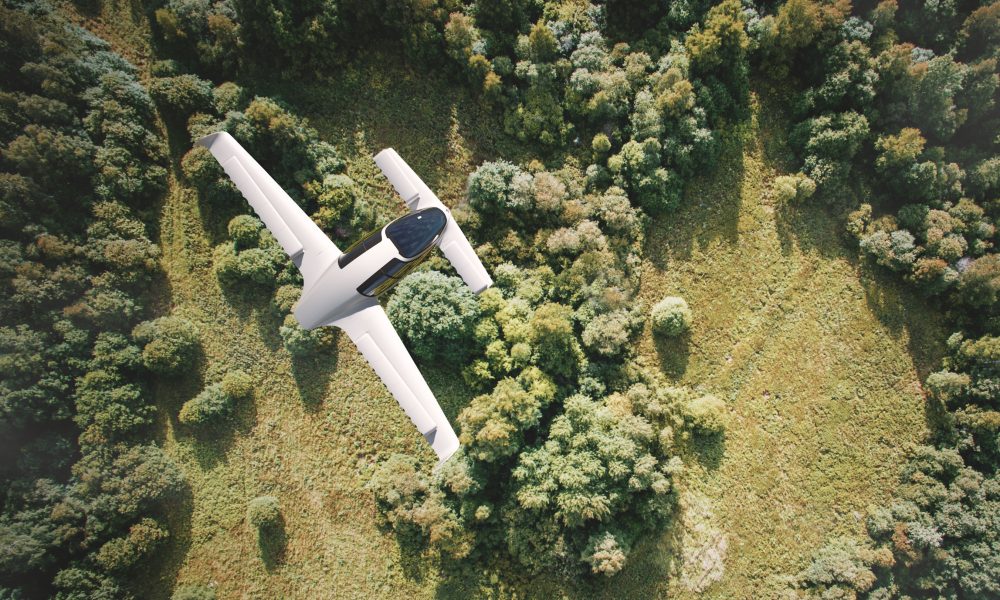 Remember the Harrier Jump Jet? Is there anything cooler than a jet plane taking off vertically? Apparently there is. The Lilium Jet has just made the worlds first Vertical take off and landing, or VTOL powered entirely by electricity.

VTOL planes are really useful. They combine a helicopter’s ability to take off without a runway with the high speeds of a fixed wing aircraft once they are in the air.

Lilium has conducted a number of test flights using the two seat prototype featured in the video above and their final plan is to create a five seater aircraft that they believe would be a good fit for on demand taxis and ridesharing services. Basically, Lilium are planning to give us a fully electric flying “car” that can take off without a runway and travel huge distances. This makes it more practical than competing designs  like Areomobil’s flying car

The lilium jet has some impressive range. They estimate that on a single charge it will be able to travel distances of 300 KM at speeds of around 300 KM/H. To put that into context, the Lilium jet could make the trip from London to Paris in around an hour, letting you avoid the infuriating security at the airport.

VTOL technology is not exactly new and there are a whole host of other organizations that are looking into improving it. What makes the Lilium jet special is that they have focused on making an 100% electric engine. Lilium believe that this will set their product apart and create a vehicle that will be used in populated areas because of its low sound emissions and ecological impact.

The design is still undergoing testing and it is doubtful that Lilium will open the jet up for general purchase. Instead their aim appears to be set up taxi services in cities.  Or as their mission statement says their aim is to make “air taxis available to everyone and as affordable as riding a car.”  With the aim of making the trip from Manhatten to JFK cost as little as $6.

According to their timeline it will be a while before we see a Lilium Jet soaring through our cities. They aim to have their first manned flight of a full sized model in 2019 and you probably won’t be able to book an “air taxi” until 2025.

Even so, I’m looking forward to being able to hail a jet plane to take me home.