Deal of the day: Siswoo C55 cheap Android 5.1 Lollipop phablet for less than $120 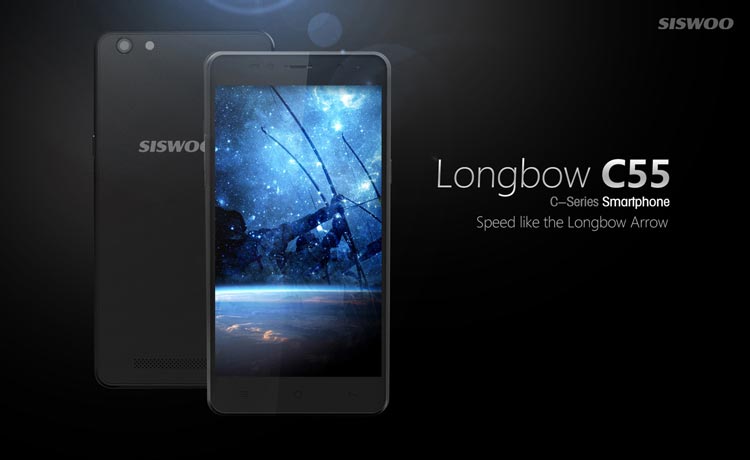 Deal of the day: Siswoo C55 cheap Android 5.1 Lollipop phablet for less than $120

In today’s deal of the day we’re going to be looking at an Android 5.1 Lollipop smartphone that goes by the name of Siswoo C55. Although this isn’t a well known brand in the western world don’t dismiss it just yet because the C55 is a device that offers good value thanks to its great specs and low price tag. Nowadays Chinese smartphones are well known for offering some incredible bang for the buck and the Siswoo C55 is no exception. The handset is scheduled to hit the shelves across a number of countries in the coming weeks, however, pre-ordering it before that happens might be a wiser decision because you will be able to get it even cheaper.

Several retailers are already hosting presales for the C55, but today we’re going to talk exclusively about the deal offered by GeekBuying. This particular deal can get you the upcoming phablet for just $120, which is definitely a killer deal and you’ll see why in just a moment. In addition, you can shave an extra 8 bucks of that price tag by simply adding the coupon code SISWOOC55 while placing the order. Put simply, you can get the Siswoo C55 for only $112 with the additional benefits of free shipping and a one-year warranty. Despite this being a Chinese smartphone, the Siswoo C55 features support for a large number of languages – including English of course – and can be used across the US, Canada and many other western countries. The phone also supports both 3G and 4G networks, which is always a plus in my book.

From a visual standpoint, the Siswoo C55 sports a clean and solid design made even more appealing by the large 5.5-inch display with 1280 x 720 pixel resolution. Now, we all love a pretty phone, but if your’re like me the under the hood features are what matter most. Luckily this handset is doing very well in the hardware department thanks to its MTK6735 64-bit quad-core processor clocked at 1.5 GHz, complete with Mali-T720 GPU and 2 gigs of RAM. The Siswoo C55 also comes equipped with an 8 MP primary camera on the back alongside a secondary 5 MP shooter on the front, a massive 4,200 mAh battery pack, and 16 GB of internal storage memory. There’s also a microSD card slot available that allows users to further expand the storage by 64 additional GB. The Siswoo C55 runs on the Android 5.1 Lollipop operating system and is available in white and black color options.

Overall, that’s pretty much everything there is to know about this deal, however, you and me both know that a picture is worth a thousand words so make sure to check out the image gallery below for even more information.