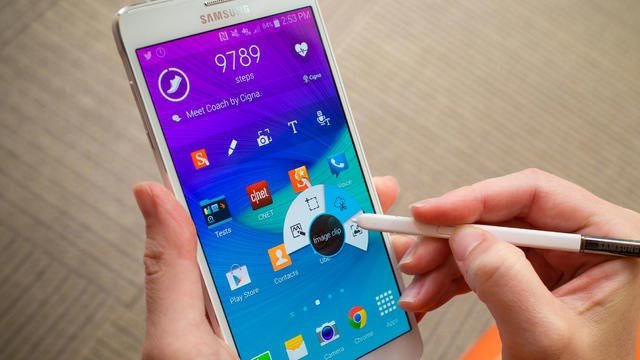 Good smartphones are usually pretty expensive, especially if they have a major brand label attached to them. Every now and again, though, we come across some pretty good smartphone deals for various big brand devices and we just have to share them with you. This time around, we’re looking at what good old Amazon has to offer and needless to say, there’s quite a large selection to choose from. To make things just a little bit easier, we’ve spent some time looking around and will be sharing with you only what we believe to be the best smartphone deals available on Amazon right now. Prices tend to fluctuate quite often on Amazon, though, so keep that in mind. These are all popular models so expect prices to match, but at the same time, they’re cheaper than usual so you may want to check them out if you were in the market for a good phone anyway.

We’re looking at a total of 10 smartphones and we’re starting with the most expensive ones before working our way down from there. The most expensive item on the list is the silver Apple iPhone 6 Plus priced at no less than $900 unlocked. The price is definitely pretty high up there, but it’s worth mentioning that this is the 128 GB version and that $900 is actually quite a bit cheaper than what it usually costs. Also available in space gray 64GB and 16 GB storage options for $795 and $720, respectively. Don’t like the iPhone 6 Plus? No problem, there are plenty of other smartphone deals to look at, including a couple for the Samsung Galaxy Note 5 DUOS and the Samsung Galaxy Note 4 Edge. The former costs $780 while the latter goes for about $720, or around $784 if you want the black version. Both the Galaxy Note 5 and the Galaxy Note 4 Edge come with 32 GB of storage right off the bat.

Moving on, we’ve got a rather small but still welcome discount for the US version of the HTC One M9 dressed in Gunmetal Grey and priced at $619. However, if you don’t care much for that particular color you can find better HTC One M9 deals for the gold and silver models, priced at around $500 or so. Next on the list is the Motorola Moto Droid Turbo starting at $600. You may have noticed that this listing on Amazon is actually more expensive than usual, however, this still falls into the smartphone deals category because Droids are generally exclusive to Verizon. Not this one, though. According to the listing, this particular Motorola Droid Turbo is unlocked and compatible with all GSM networks, such as AT&T or T-Mobile. Elsewhere, we can find another good deal for something a little bit more classy in the form of this unlocked LG G4 priced at only $564 and dressed in genuine leather.

Next off, we’re looking at a 32 GB factory unlocked version of the Sony Xperia Z3 Plus at around $540. Only the copper color sits at this price, but the smartphone can also be found in green, white or black, with prices usually ranging somewhere between $530 and $546.  More smartphone deals can be found for the 32 GB international unlocked version of the LG G Flex 2 at around $434 and also for our old friend Samsung Galaxy S5 with 16 GB of storage and prices ranging between less than $400 and $420, depending on the color. Last but not least, Amazon is also offering the huge Motorola Nexus 6 with 64 GB straight from the get-go in midnight blue or cloud white colors for about $400. If you don’t need that much storage, though, you can always go for the cheaper 32 GB model, which costs only $350.