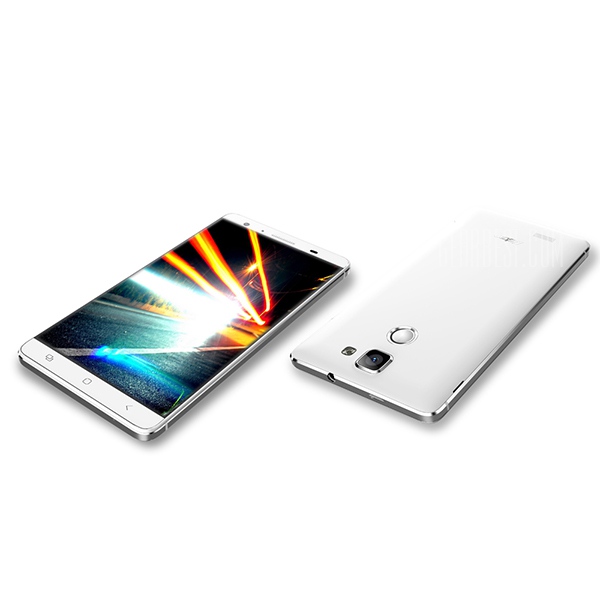 The craze for bezelless smartphones is in its early stages, but predictions are that every other smartphone in the next couple of years will be either a bezelless phone or a variant with an edge to edge display. At the same time, Android users are ecstatic about Android 5.0 Lollipop, even though it still has its bugs and issues. Another trend in the smartphone industry that has emerged in the past few months is the phablet – the minimum 5.5 inch smartphone. People all around the world are preferring larger smartphones with bigger displays to smaller ones, myself included. Each have their reasoning, mine is: videos look better and the user interface is easier to grasp and use.

Today, we’ve come across a Chinese smartphone that encompasses all these trends into one magnificent-looking device, that has a couple more extra features to offer next to the three mentioned above. We’re talking about the Mstar S700, an Android 5.0 Lollipop phablet that comes with 4G LTE and a decent front-facing camera, which makes it fit into yet another trendy category: selfie-phones. Before we get into telling you about the Mstar S700, you should know that you can only get it for the $137 price unlocked if you purchase it on GearBest using the code S700. With that coupon code, you get $23 discount compared to the original price.

The first thing I noticed about the Mstar S700 was its bezelless design: although it comes with an edge to edge display, the company still managed to keep the top and bottom bezels rather small, compared to other smartphones like the HTC One M9 for example. Bezelless smartphones are my favorite kind of smartphones, and the Mstar S700 is a pretty good example of how I like my phones. Besides the edge to edge display, the Mstar S700 also comes with a premium design that is similar to that of the Galaxy Note 4 or Galaxy Alpha. It comes with an aluminum frame and a plastic body, which give it a premium look and feel.

As you can probably tell by the price of the gadget, it’s not a flagship device with a Snapdragon 810 CPU. If you’re familiar with Chinese smartphones, you probably know that the Mstar S700 comes with a Mediatek CPU, namely an octacore MT6752 64 bit processor. The CPU is backed by 2 GB RAM and 16 GB internal storage, expandable up to 32 GB more with a microSD card. The device runs on Android 5.0 Lollipop out of the box, so you would be getting the Material Design experience and improved performance on the phone as well.

Since we were talking about bezelless displays and phablets, the Mstar S700 does impress in this department somewhat. It comes with a 5.5 inch display that has a rather average 1280*720 resolution. As you can probably imagine, ppi pixel density won’t be too high on this phone, but it will be high enough so as to not impact the user experience in a negative way. The big bezelless display is still pretty appealing on a first look, regardless of resolution.

The Mstar S700 comes with an interestingly good  camera setup as well, which we will have to put to the test once we get our hands on the phone. It comes with a 13 MP camera on the rear and a 5 MP camera on the front. That all sounds wonderful, but since we haven’t tested the capabilities of the cameras yet, we can just assume that the photos we will take with the phone will be good. Hopefully, they’ll be admirably good for a mid-ranger in this price range.

One of the other perks of the phone is the fact that it actually comes with an MTouch fingerprint sensor, which is supposedly faster than its counterparts. It comes with a 508DPI accuracy and can scan fingerprints from various angles, without botching the job completely. The sensor itself is located on the back of the device, which makes it pretty convenient for some people. Although there are people who prefer to have the fingerprint sensor embedded in the home, this approach seems just as easy to use in my mind.

As you can imagine, the bezelless Mstar S700 packs quite a punch. We have had little time with the phone, so we can’t vouch for camera or performance, but the deal is pretty neat and you should take advantage of it while it lasts. When we have a chance to further examine what the Mstar S700 can really do, we will update you guys with the full review so that you can get a more in-depth view on how this smartphone manages to cram so much into such an affordable price.